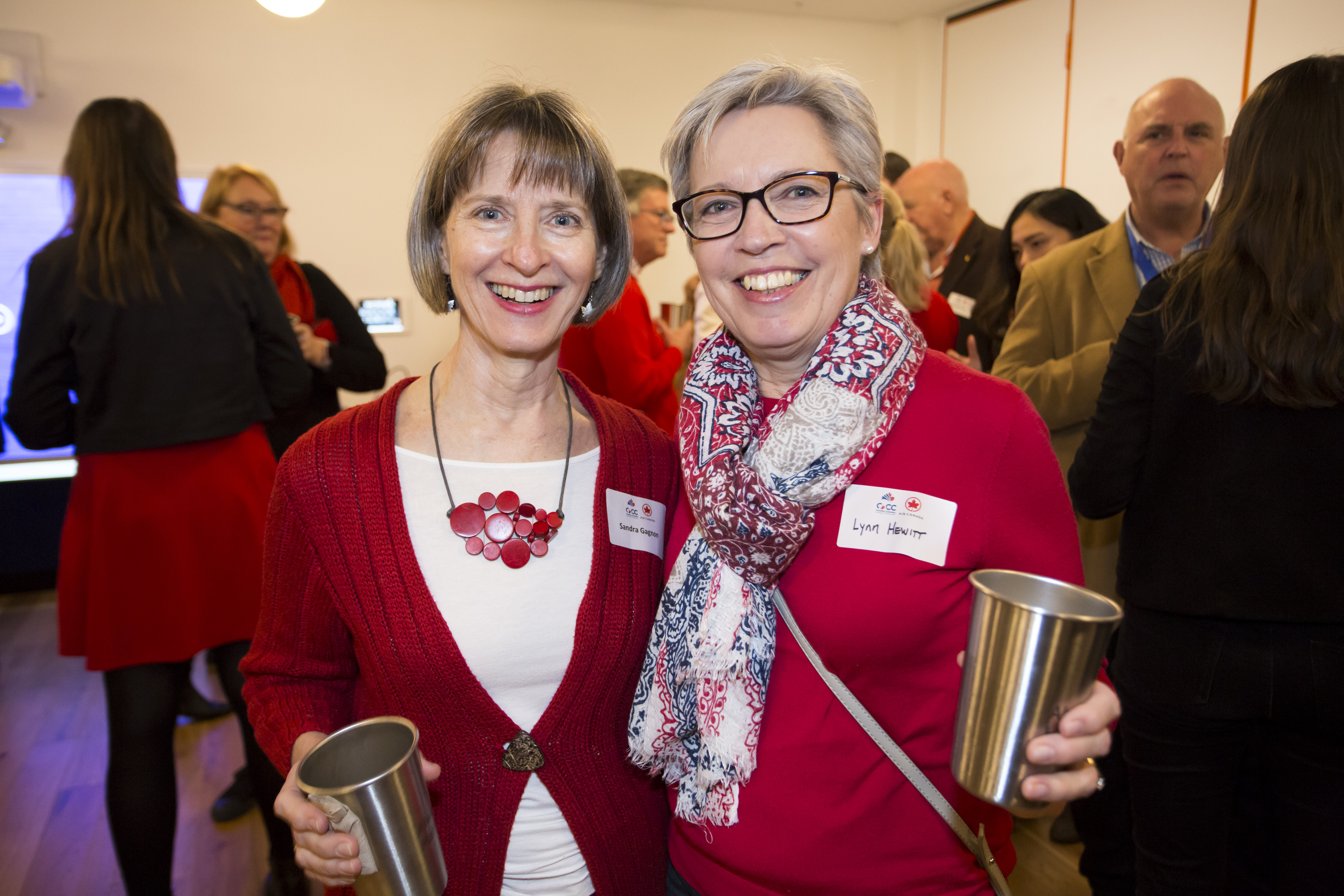 The refrain of ‘O Canada’ was sung out by Canadians and Australians alike as the Melbourne community of the Canadian Australian Chamber of Commerce (CACC) marked Canada Day. The CACC’s Melbourne Committee celebrated the occasion with a night of fun and frivolity, including a Canadian trivia quiz that got everybody into the spirit. There were plenty of new faces and a sense of shared enthusiasm among the crowd. 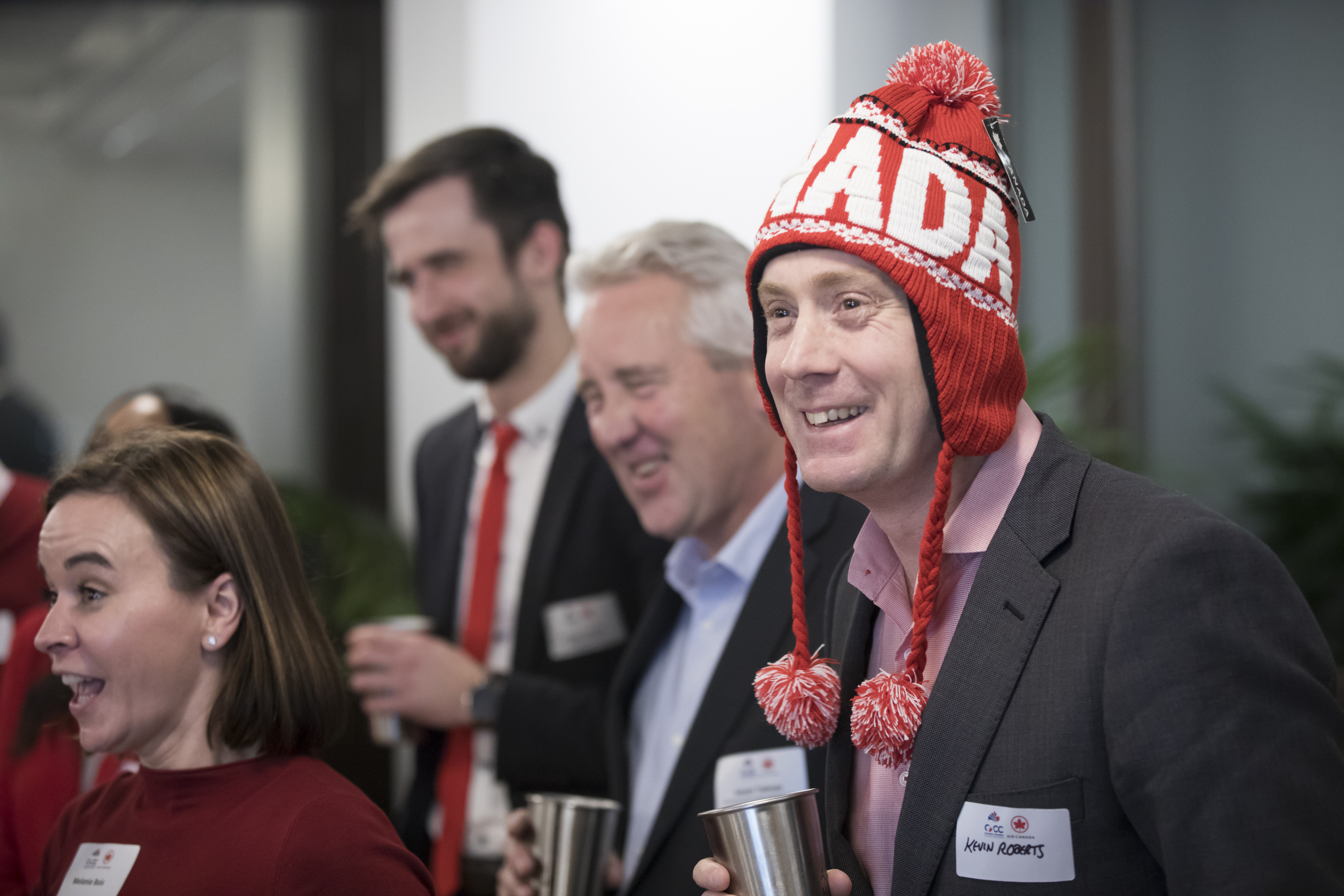 Major raffle ticket prizes, including tickets to the Melbourne production of the hit Broadway musical Come From Away and a return airfare to Vancouver with Air Canada made the evening particularly special for attendees.

Come From Away tells the remarkable true story of Gander, Newfoundland, a small town in Canada that opened its doors to thousands of aircraft passengers who were stranded as a result of the incidents of 9/11. Martin Croft, Associate Director of the Melbourne production, described it as a show like no other. “It is a story about something wonderful that happened out of such an awful tragedy,” he said. “It is about humanity and bonding people together and reaching out to others in a time of Crisis.” Lynn Hewitt was the lucky raffle winner of tickets to Come From Away. “I had wanted to see the show so badly and I am so happy that I will now be able to see it,” she said. 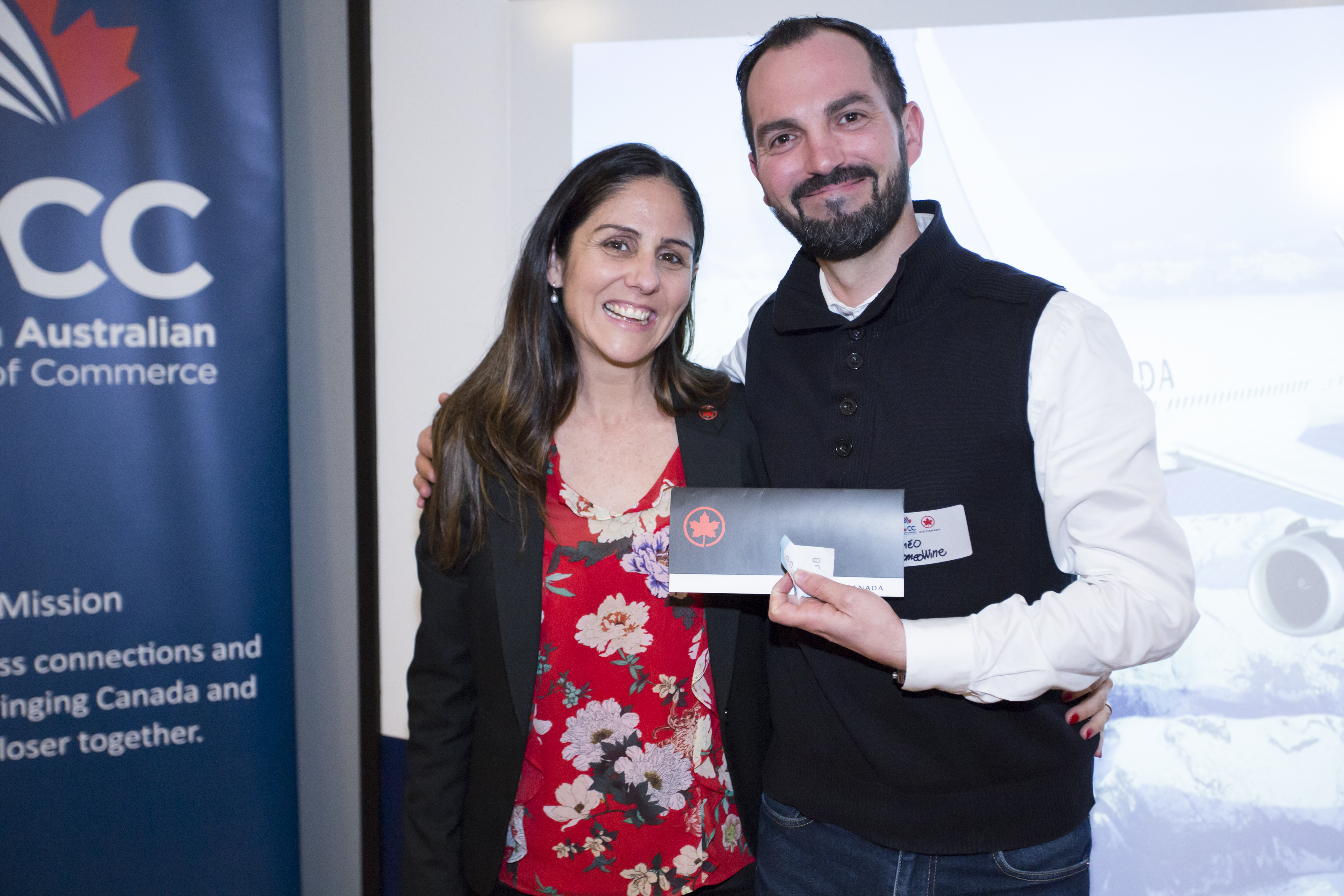 Air Canada provided a return airfare from Melbourne to Vancouver as part of the raffle draw. Sarah Constable, from Air Canada, said there were some natural synergies between the airline and the CACC. “We both help to bring Canadians and Australians closer together,” she said. “We both connect Canadians living in Australia connect with their far away home and foster growth and expansion between the two countries.”

“Air Canada is proud to be a supporter of the CACC and events such as these, our partnership and collaboration is helping to strengthen connections between Canada and Australia.” 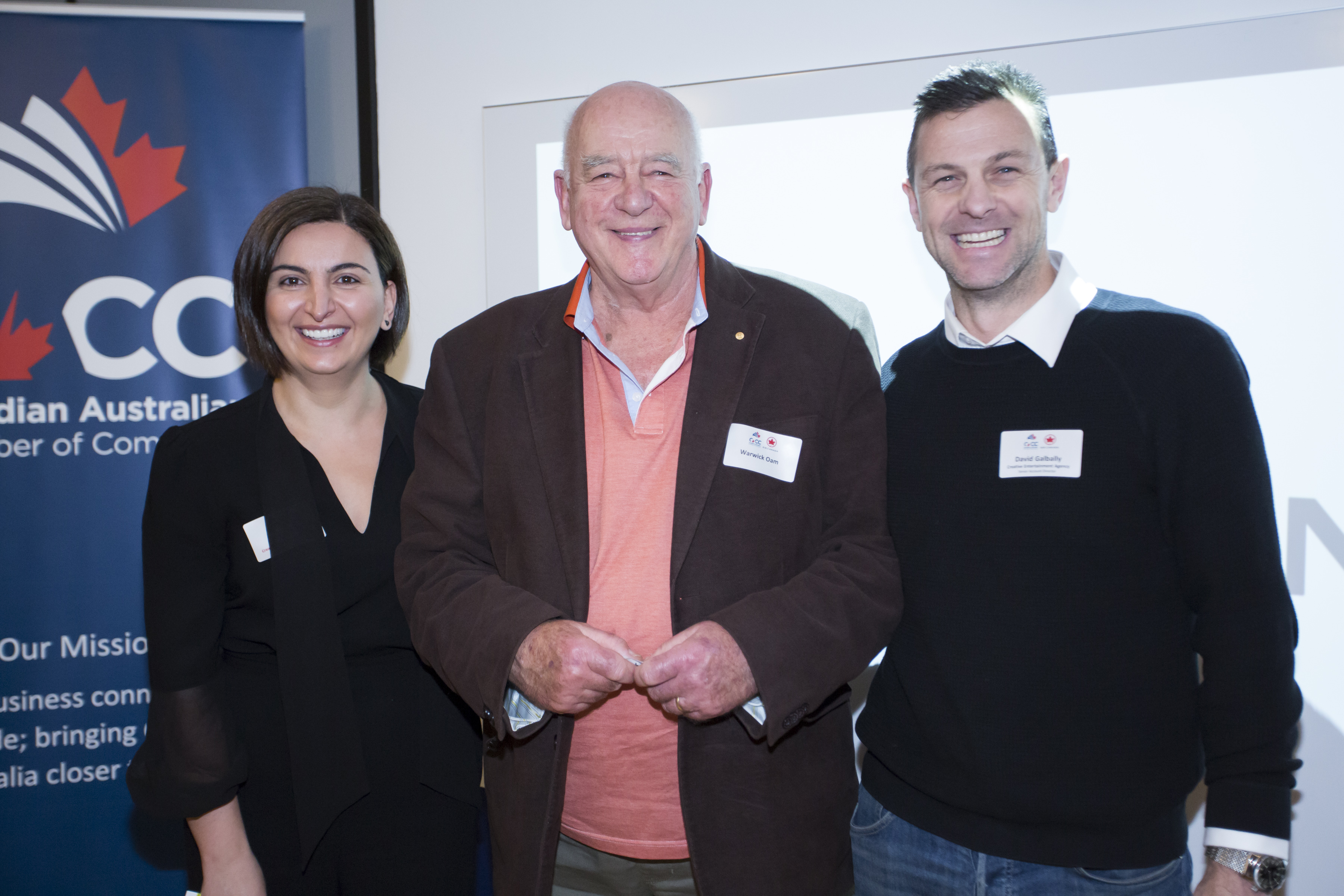 Thanks to our generous donors and congrats to our lucky winners of tickets to three amazing Canadian performances: Come From Away, Cirque du Soleil’s Kurious, and Just for Laughs. Other guests were rewarded for demonstrating their Canadiana trivia prowess with Canadian delights. 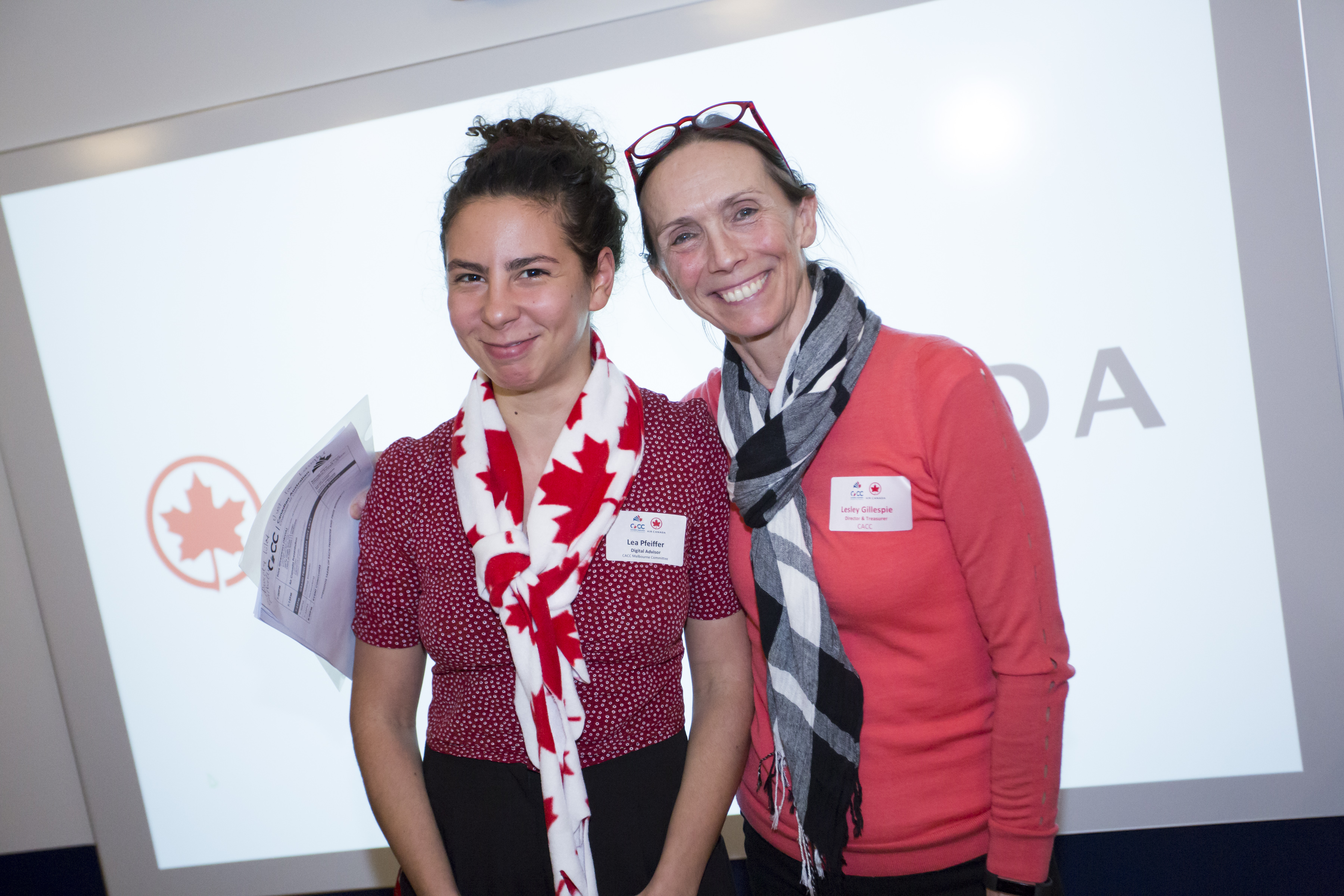 It was an entertaining night for all involved and a fitting way to mark Canada Day in Australia.