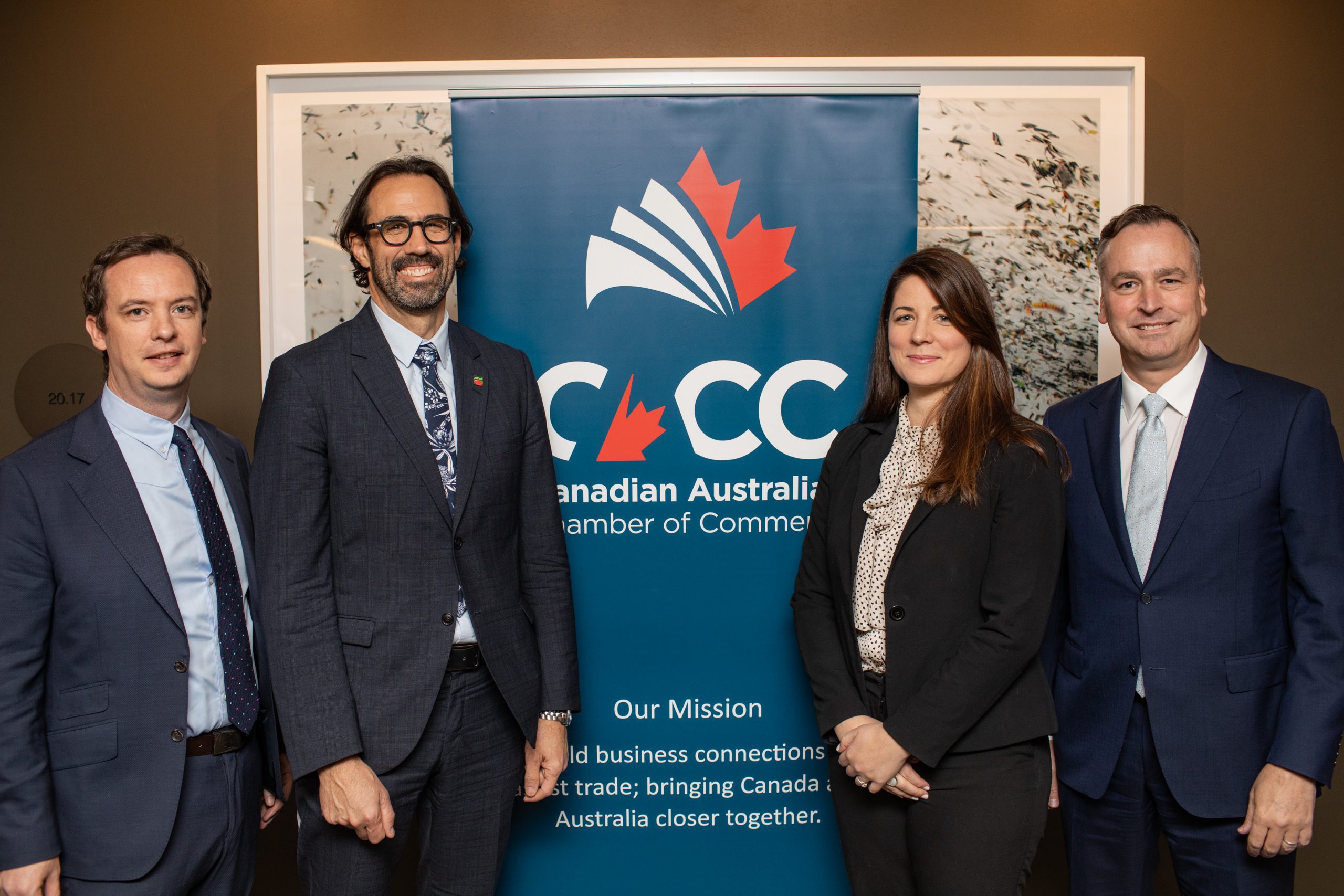 The Canadian Australian Chamber of Commerce welcomed the Consul General of Canada in Sydney, Andre Francois Giroux, and the Consul and Senior Trade Commissioner, Sarah Quigley to two events in Melbourne in May to discuss COVID-19, international trade and expanding into new markets. Hosted by Minter Ellison, the events were the first held in person by the CACC since the start of the pandemic and were an opportunity for business discussions and networking. 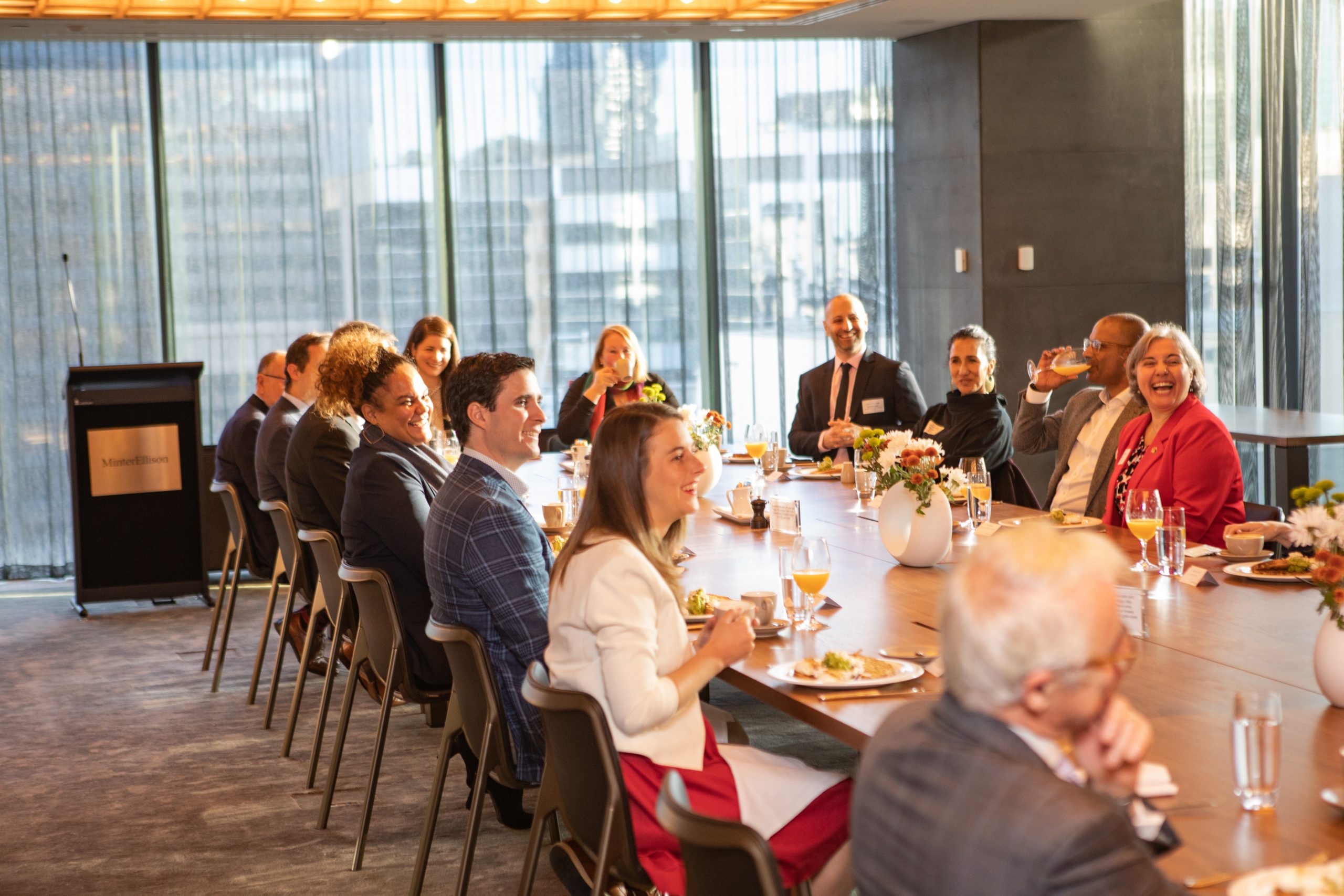 Consul General Giroux said coming to Australia had been one of the best moves for his family. “When I go home each night to see big smiling faces with everyone so grateful and happy to be here, it really reinforces how wonderful it is to be in Australia,” he said. Consul General Giroux said while it was sometimes easy to forget about COVID-19 in Australia, given the remarkable efforts that had been achieved in controlling the virus, watching the news was a stark reminder that other countries were not fairing so well. Yet he said the importance of international trade to the Australian market meant the border could not stay closed forever. “There will be a time when Australia needs to open its border because international trade is such an important part of its economy. In Canada, two thirds of its economy rests with international trade and it is a similar reality for Australia,” he said. “The Canadian Government is working really hard to ensure we have a post-COVID recovery that rests on the principles of rules-based trade. We have a number of free trade agreements in place, which are crucial to ensuring the free flow of Canadian goods and services to other parts of the world.” 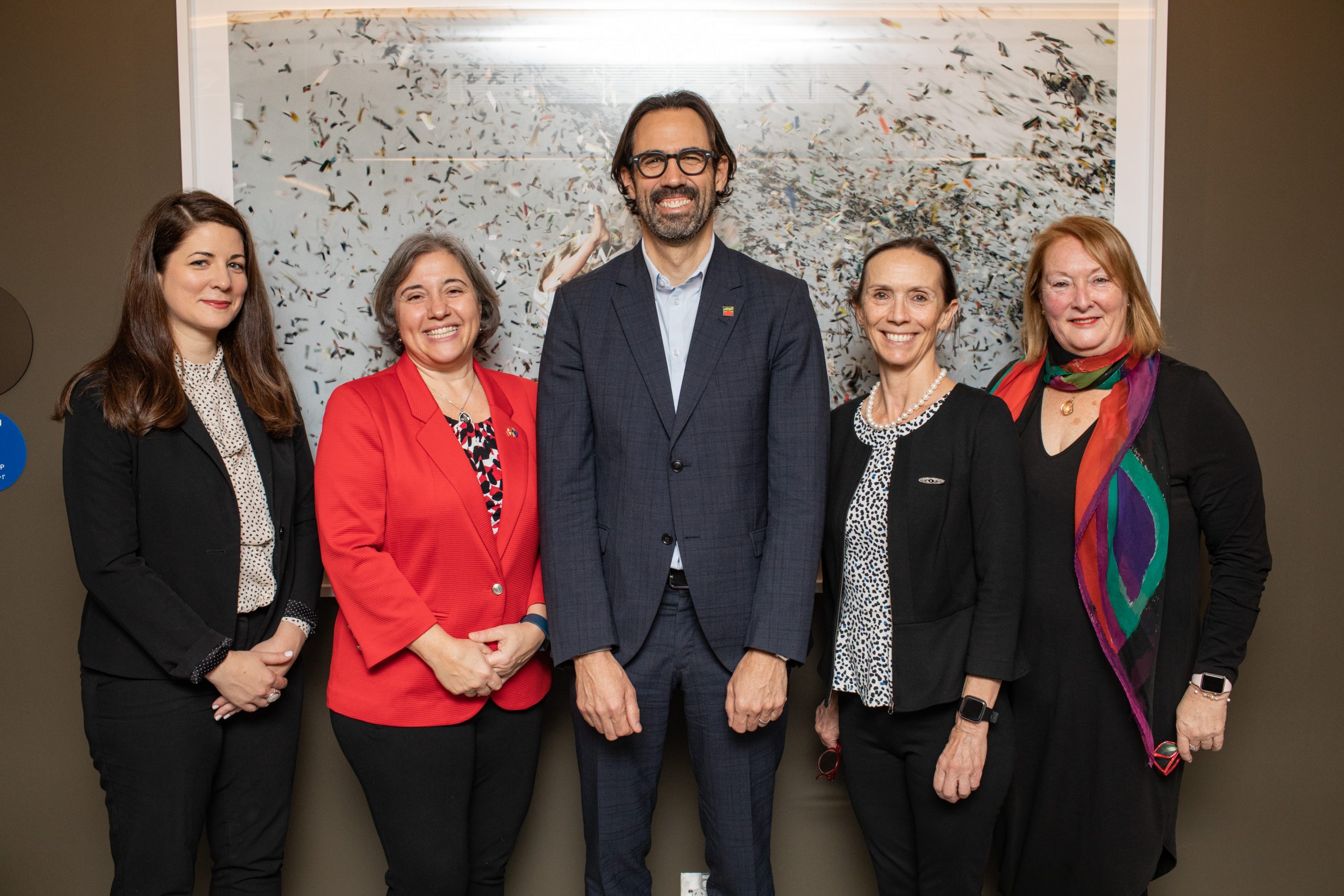 When it came to the role of the Canadian Commission in Sydney and the Canadian High Commission in Canberra, Consul General Giroux said it was a team effort and both worked incredibly closely together. “We are bringing you a whole-of-Canada approach down under,” he said. 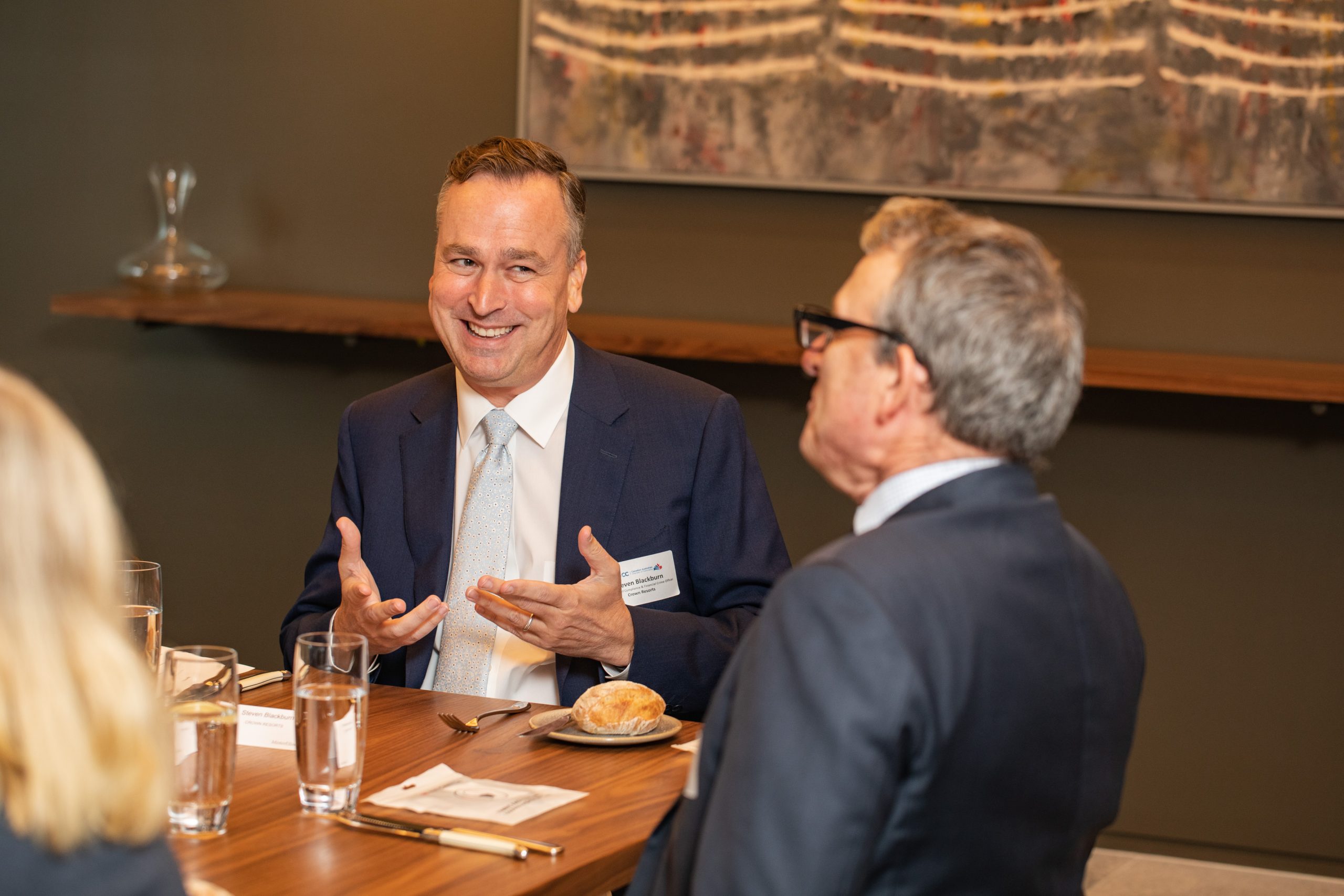 Ms Quigley, who also took up her posting early last year as the pandemic hit, said her role was about providing advice about trade promotion and investment to Canadian businesses to allow them to expand in Australia by connecting them with funding, support and opportunities. “The trade commissioner service helps Canadian businesses move into the Australian market,” she said. “We can help with networking and advocacy to government as well as through many of our support programs, which may help Canadian businesses expand into new markets.” 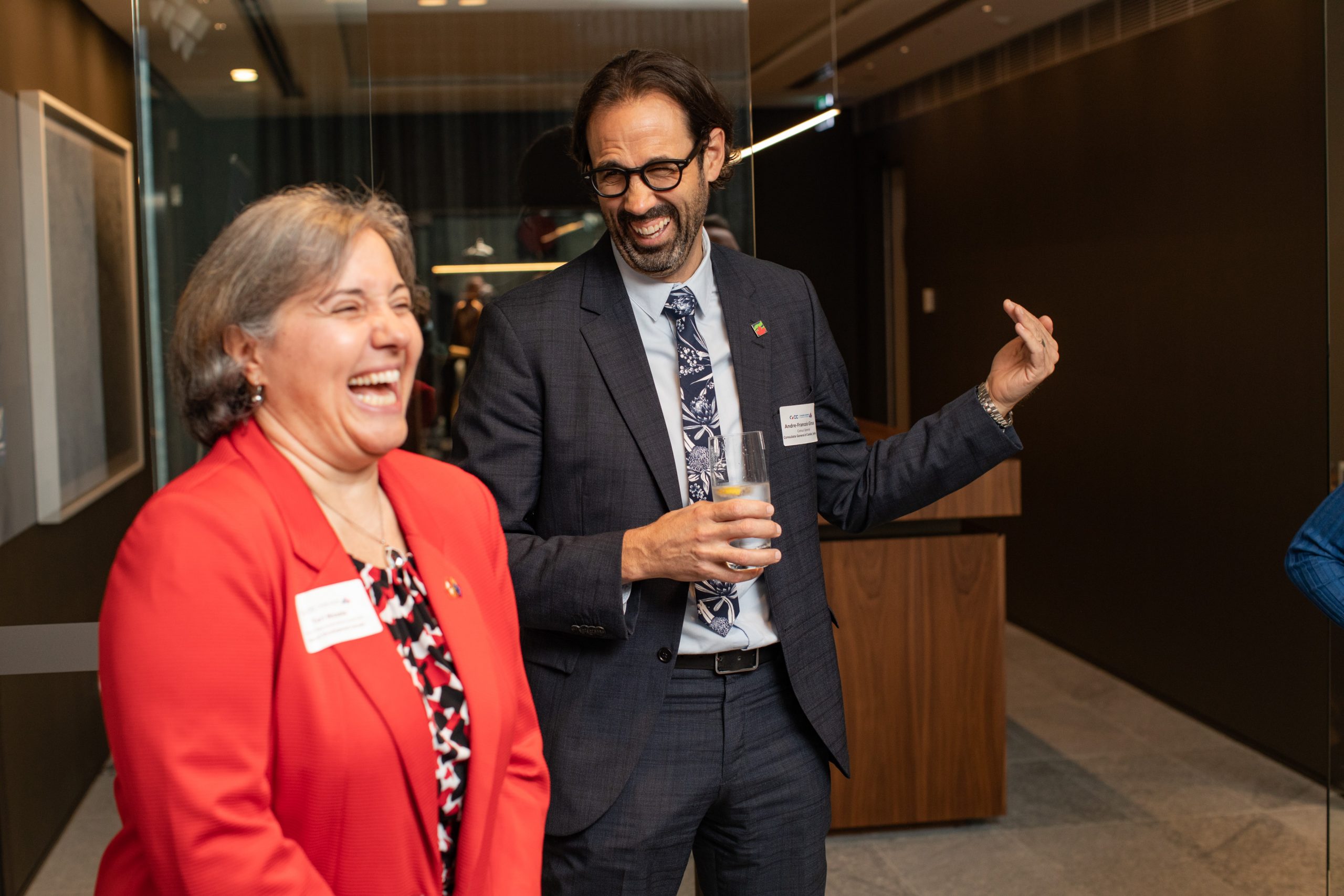 “There is a lot of funding available now, especially in Australia which is less constrained than other countries as a result of the COVID-19 pandemic.” Ms Quigley said inclusive trade was also an area with support programs available. “We are doing a lot of work in the Indigenous space. I am planning our first ever Indigenous trade mission to Australia at the end of June, brining 10 Canadian trade companies to Australia. I am keen for them to be welcomed by Australian companies looking to purchase their goods and services,” she said.