An Honorary Fête in the World’s Most Liveable City 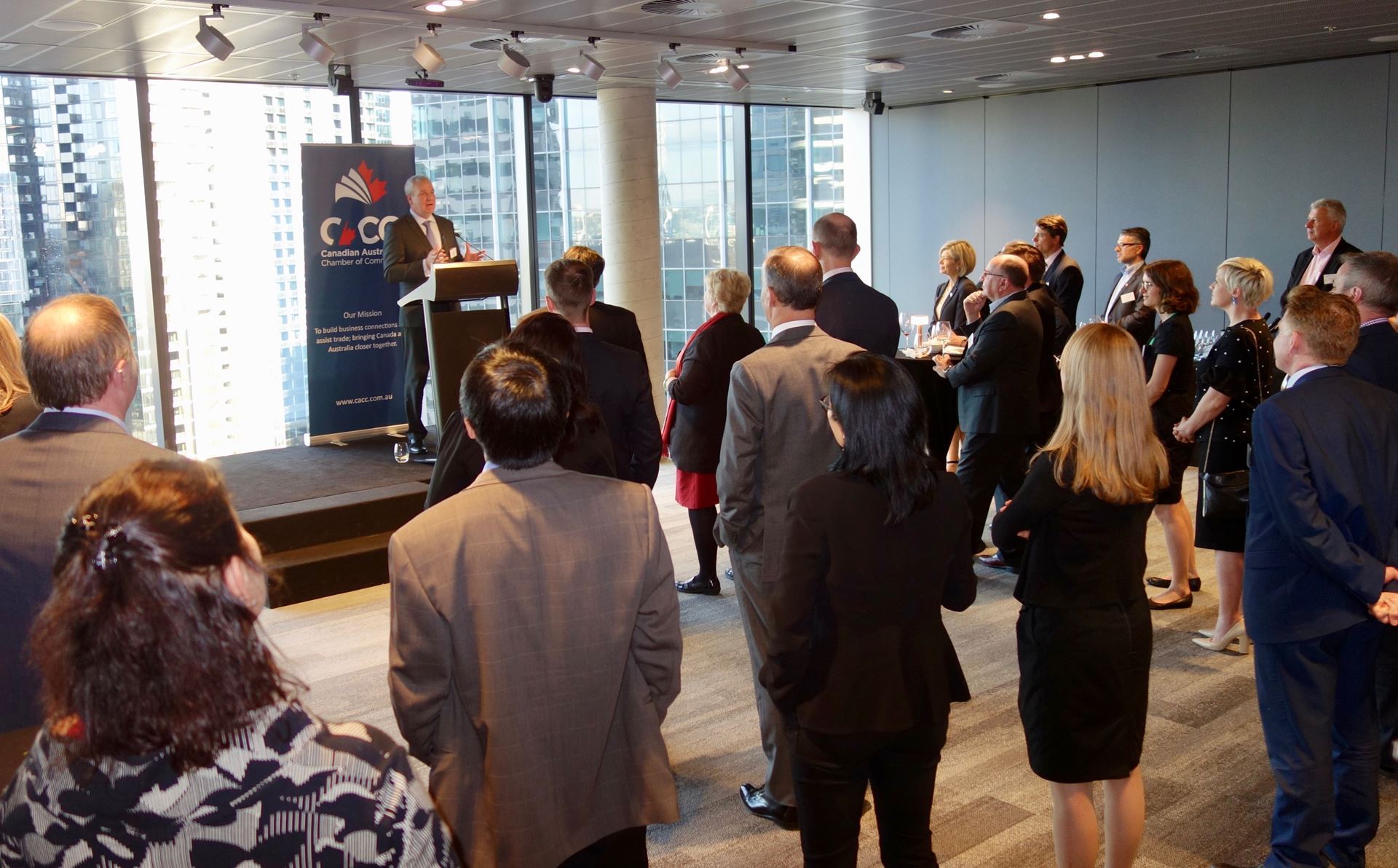 The Melbourne Committee of the Canadian Australian Chamber of Commerce (CACC) fêted René Lalande on his appointment to Honorary Consul of Canada in Melbourne at a gathering of business leaders at PwC, Riverside Quay, Melbourne on 3 October.

In a show of support for Canada’s newest Honorary Consul in Melbourne, the CACC’s Melbourne Committee hosted its inaugural event by congratulating René Lalande, CEO of Transdev Australasia on his recent appointment.

Lesley Gillespie, OAM, CACC Board Member and Chair of its Melbourne Committee, launched the event by introducing Mr. Lalande to a gathering of approximately 40 members from Melbourne’s business community. 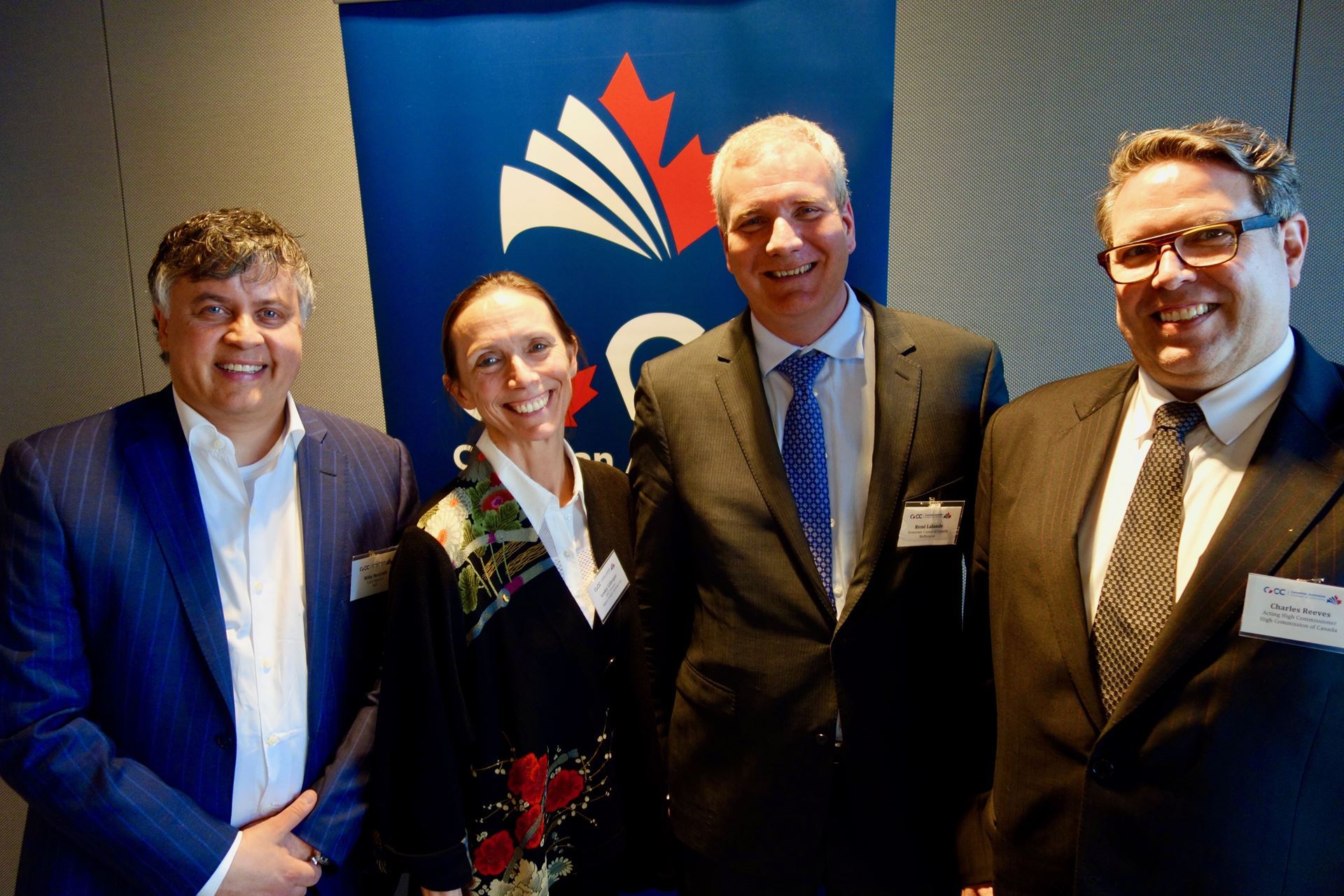 “On both sides of the Pacific, René is a recognised business leader,” said Mrs. Gillespie.

“We, the CACC, and the Melbourne Committee in particular, are very excited about working with René to advance economic opportunities between our two countries and of course, doing our part to support him in his role.” 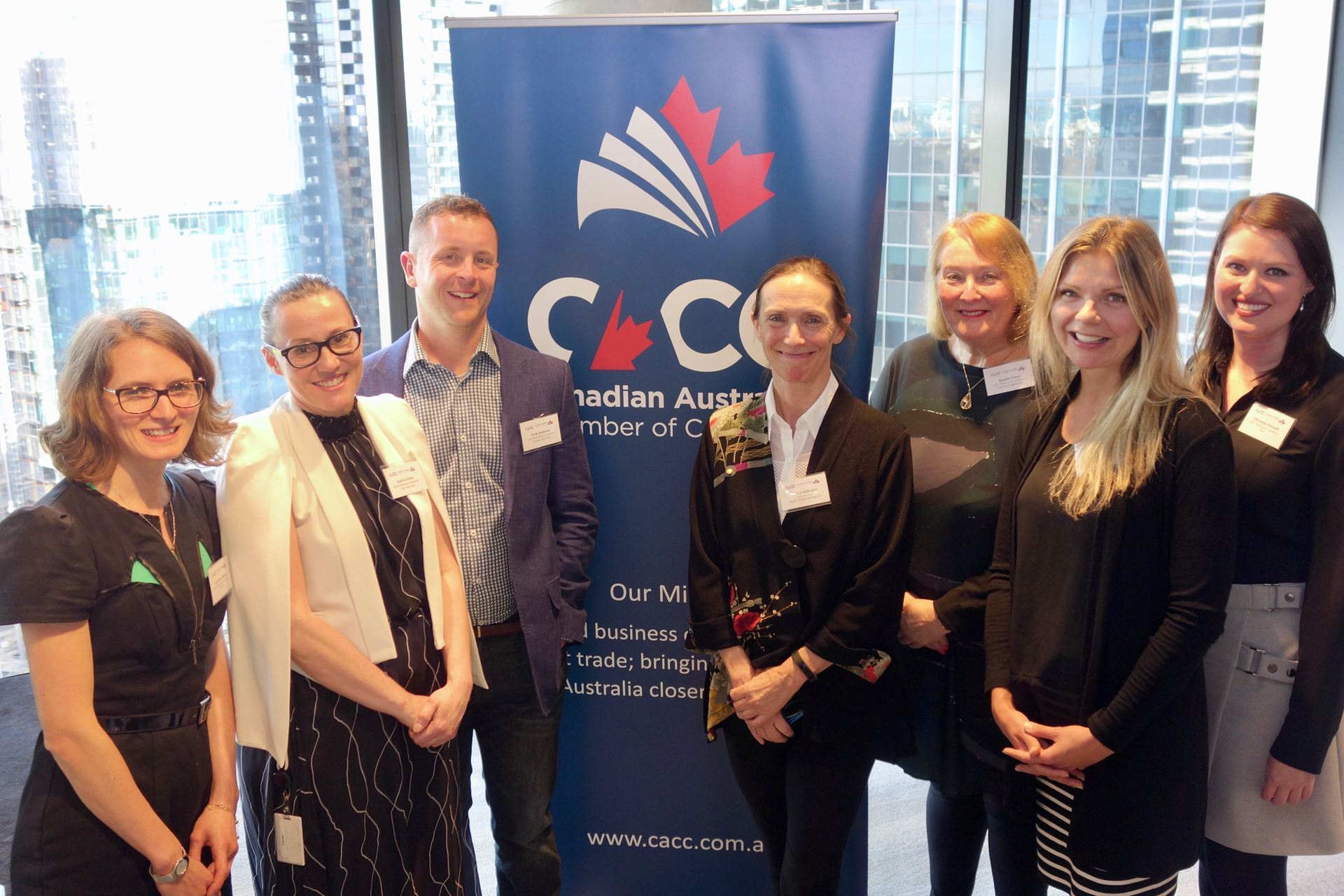 “Australia and Canada share some deep similarities – high quality of education, good infrastructure and other positive factors – which make them great places to live and great places to do business, “ said Mr. Lalande.

Mr. Lalande also spoke to the great relationship shared by Australia and Canada. “We have strong mutual respect and shared values such as ‘having a fair go’, a passion for sports and an unshakeable desire to maintain our democratic, inclusive societies. 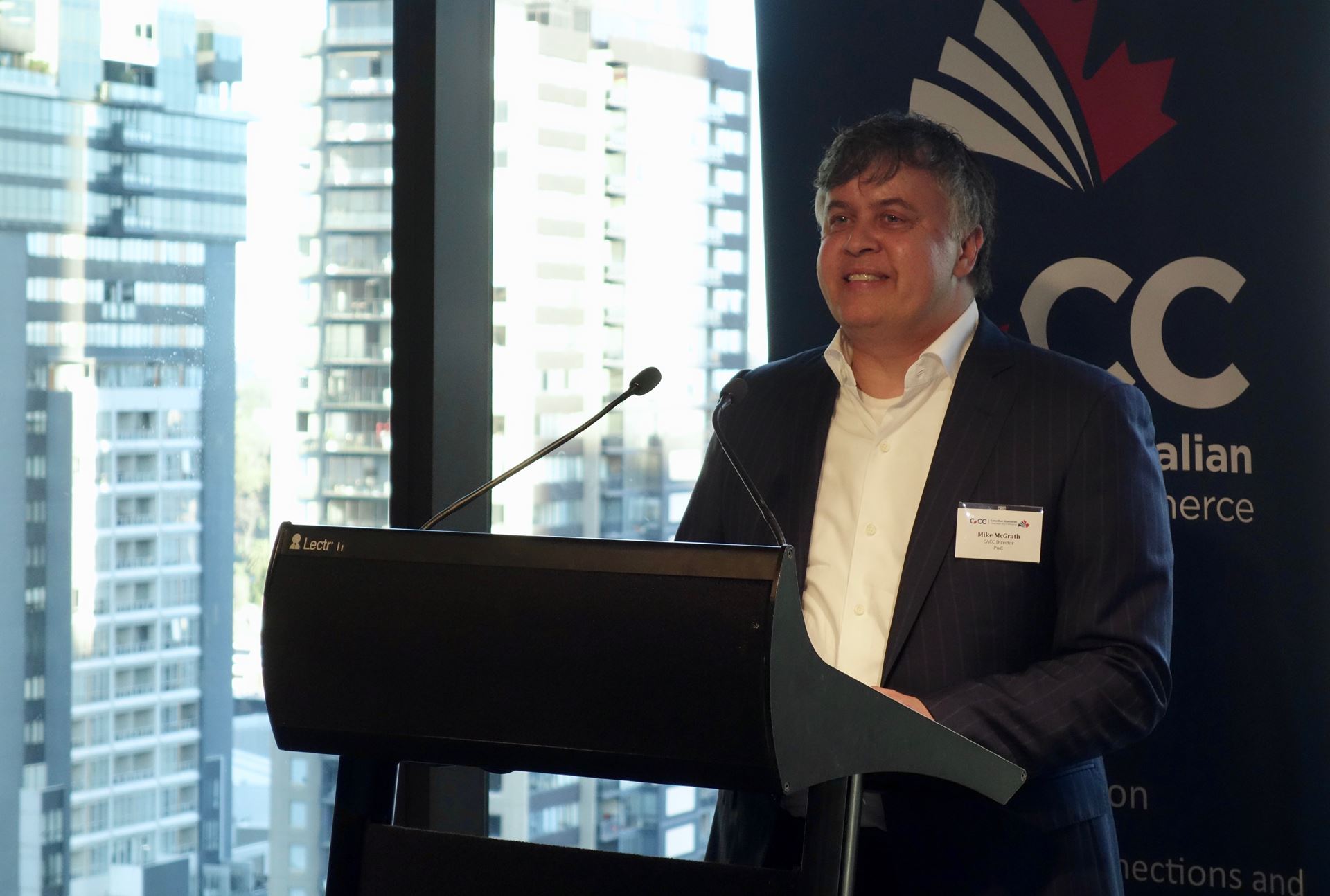 “Geographically, there’s a great distance between us, but by our societal values, we are very near.

“I look forward to playing my part, as Honorary Consul of Canada in Melbourne, and working with you to bring our two livable countries that little bit closer together, merci beaucoup,” concluded Mr. Lalande.

“Congratulations to René as he weaves together his commercial expertise with his consular appointment.

“As a diplomatic businessman, René personifies the CACC’s mission, which is a commitment to driving growth between two of the best countries in the world.

“René, we are excited about what you’re going to do in your role and we are committed to supporting you wherever we can,” he said.

In closing, Mr. McGrath invited Melbourne’s business community to lend its support, assistance and counsel to the CACC’s Melbourne Committee.

“This is a committed team, driven by Lesley Gillespie, that is going to bring something special to Melbourne’s business community. I invite you all to participate in the committee’s events, especially as we support our new Honorary Consul, René Lalande.”