What the NHL can teach Australians about diversity 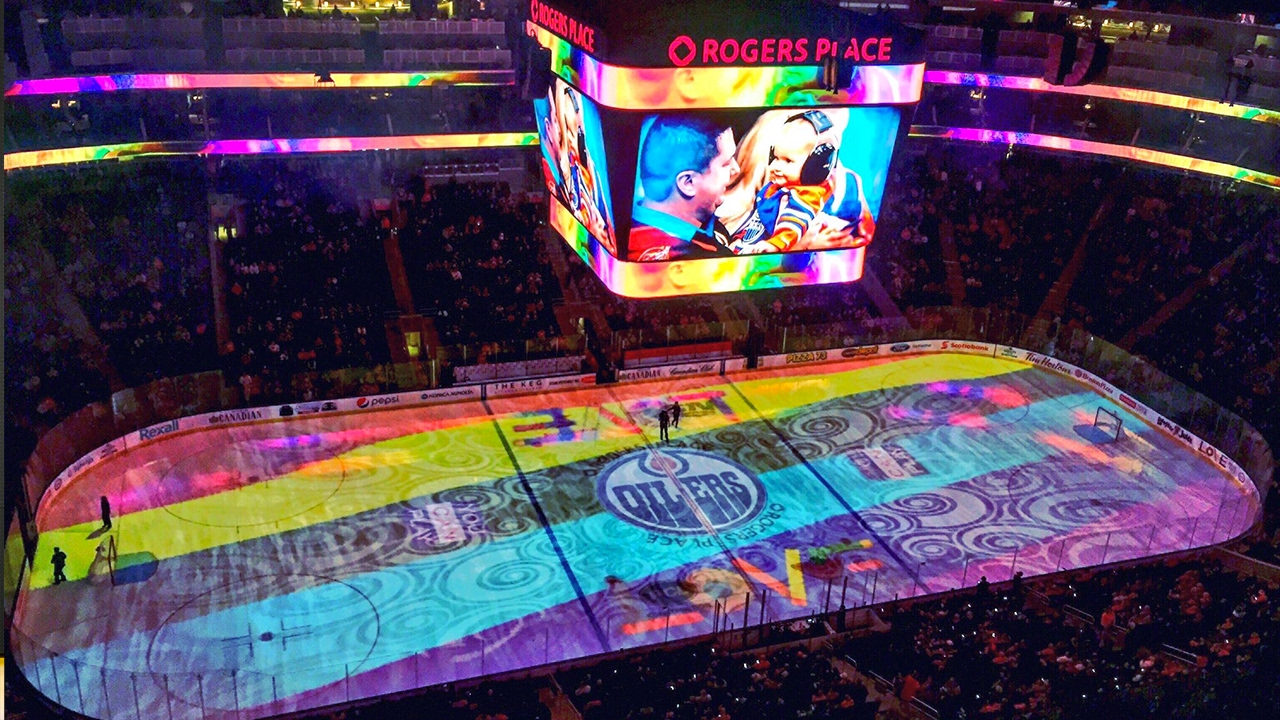 Did you know the NHL is a world leader in efforts to end homophobia in in sport?

Perhaps even more surprising, hockey’s leadership is largely due to the work of hockey hard-man Brian Burke and his family (Burke is Canada’s politer version of Australia’s Eddie McGuire). The former Maple Leafs and Calgary Flames executive, and his son Patrick, helped found an organisation called You Can Play after Brian’s other son died in a car accident. Brendan Burke was gay and never felt welcome in hockey.

Since 2012, You Can Play has become the world leader in efforts to promote the inclusion of LGBT+ people in sport. On a recent tour of Australia, they shared their secrets around how they inspired the NHL to lead. The visit was organised by the CACC in partnership with the Canadian Government, as well as, Monash University, NAB, Salesforce, and Amnesty International.

You Can Play’s tour was designed to inspire Australians, particularly our major sport organisations, and shift the thinking that Australians are doing enough to combat discrimination in sport.

The contrast between Australia and Canada is stark

This year every NHL team held LGBT+ Pride events (e.g. Pride Nights) and many teams also sent players to march in local Pride Parades. The NHL’s leadership has inspired other leagues, including Major League Baseball and the NBA, to also join the Pride party. In contrast, just one Australian professional male sport league (AFL) and one team (either St Kilda or Sydney Swans) hold annual Pride Games. Participation in Mardi Gras has also been limited.

During the Australian tour, You Can Play’s team spoke to nearly 300 sport leaders, government officials, and LGBT community leaders at events, meetings, and seminars, including training sessions in Sydney hosted by Cricket Australia/NSW and in Melbourne hosted by Rugby Australia/Victoria, such as the one shown. 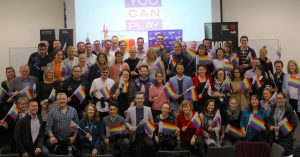 PICTURED: Sport executives from cricket, football, tennis, AFL, and many other sports at a You Can Play training session hosted by Rugby Victoria and Rugby Australia in Melbourne

You Can Play also met with corporate leaders, who sponsor sport, at events hosted by the Government of Canada and NAB. Many companies are interested in how they can reduce the reputational risk associated with homophobic incidents in the sports they sponsor. 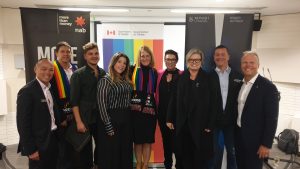 You Can Play shared the many commercial and organisational benefits the NHL has received from embracing the LGBT+ community (new fans, merchandise sales, alignment with sponsor values). Australians also learned why ending homophobic behaviour is so important. Homophobic language in sport creates a toxic culture that is deterring all boys and girls from playing sport and is contributing to high rates of suicide among gay kids.

The visit by You Can Play to Australia achieved its goal: professional sport teams in Sydney, Melbourne, and Brisbane are planning to be in next year’s Sydney Mardi Gras and Melbourne Pride March. Rugby Union and Football are also planning annual Pride Games.

You Can Play also received benefit from strengthening its existing collaborations with Australians, including my team of researchers at Monash University. Although our major sports lag behind in the LGBT+ space, Australian universities are world leaders in sport inclusion research. For example, Australians led the first international study on homophobia in sport, with nearly 10,000 participants. I just arrived back from a tour of Canada, supported by You Can Play, where I shared our research into why homophobic language is used with You Can Play’s sport partners, and major sponsors of sport, such as Ford Motors.

When we think of collaboration between Canada and Australia, we often think about banks, engineering companies, and law firms working together. You Can Play’s tour of Australia, and our subsequent tour of Canada, shows there are many opportunities for charities, NGOs, and researchers to also collaborate. Indeed, You Can Play’s tour of Australia will now be used as a case study to inspire others to think more broadly about how Canada and Australia can work together.

The Canadian Australian Chamber of Commerce (CACC) is a volunteer-based organisation which aims to build quality business connections to promote trade and investment between Canada and Australia.

Erik is a member of the CACC’s Melbourne Committee. He is the lead researcher of the Sport Inclusion Project at Monash University and is helping to improve collaboration between Canada and Australia in the advocacy and research sectors. Prior to moving to Australia, he was a national health and science reporter with the Canadian Broadcasting Corporation.