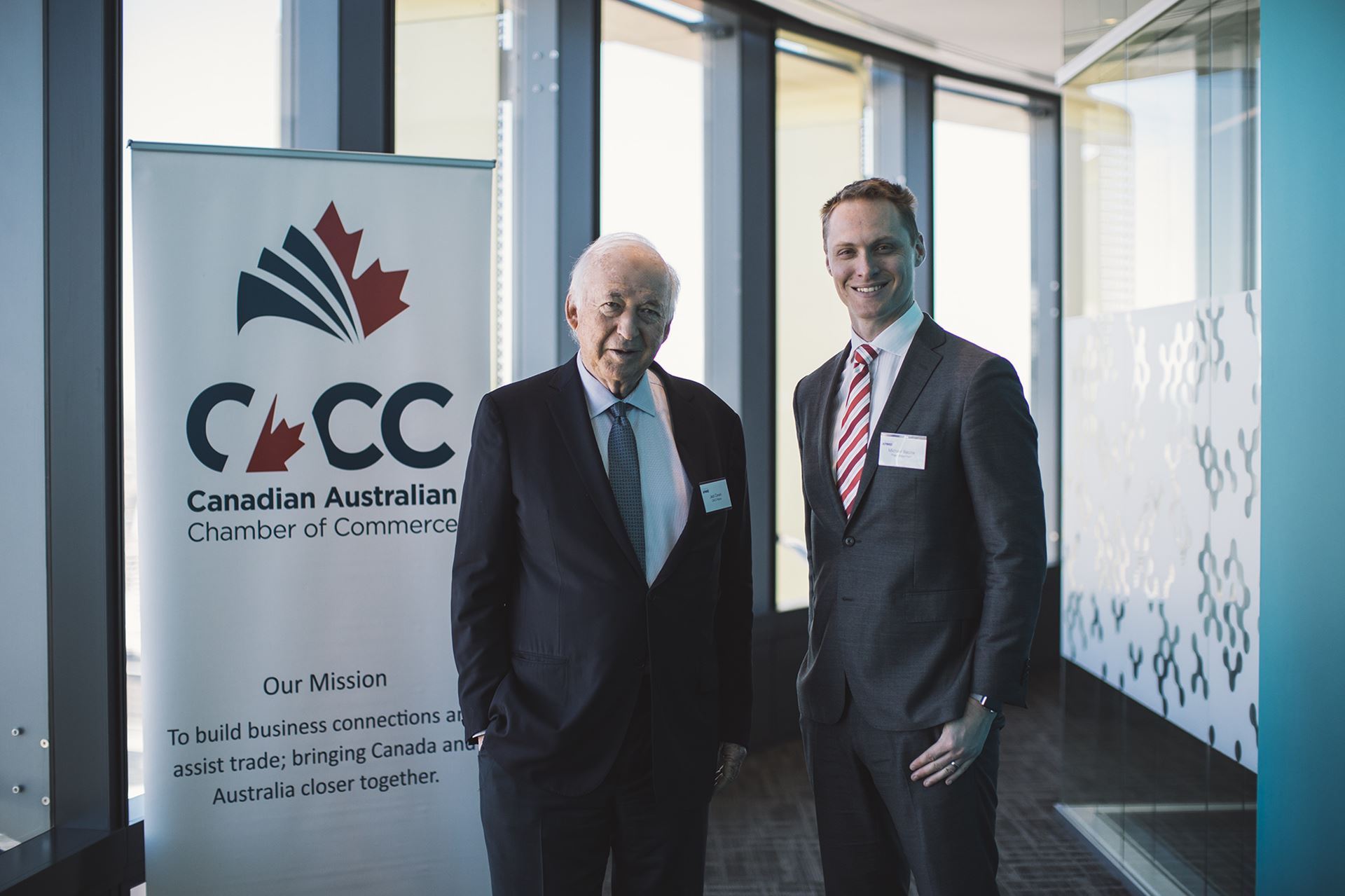 A lifetime of business success in Australia hasn’t taken the quiet Canadian out of Jack Cowin.

As icy winds battered the windows of KPMG’s Sydney offices, the Chairman and Managing Director of Competitive Foods Australia was quietly reflective and self-deprecating as guest speaker at a recent CACC lunch.

Touching on his frugal, but warm-hearted upbringing by Depression-era parents, his experience selling plants as an enterprising teenager and the highs and lows of business life, the 75-year-old got laughs from the 70 people in attendance when he joked: “Life is like a football match. We’ve got quarters and unfortunately I’ve just entered the last one.”

Last quarter or not, he’s not planning on retiring just yet because the myriad of business opportunities that have come his way continue to keep him “occupied and entertained.”

An Australian Financial Review Rich Lister and CACC’s Patron, Mr Cowin is best known for his fast food investments, including Hungry Jack’s, KFC and Domino’s Pizza. This is where the bulk of his wealth has been created.

But after his initial success in the industry, he wanted to diversify his holdings to see if he could make money outside of the fast food sector. This started with shares in Network 10 where he was an investor, buying the television station out of receivership in 1992.

Mr Cowin invested $4.5 million and sold his shares in the TV network for $72 million just five years later. He remained a Network 10 director for 20 years until 2015.

At one time, he even invested in the largest cattle company in the world, but after a disagreement with one of his partners he sold his shares, causing the Australian Financial Review to dub him “Australia’s shortest-lived cattle baron.” 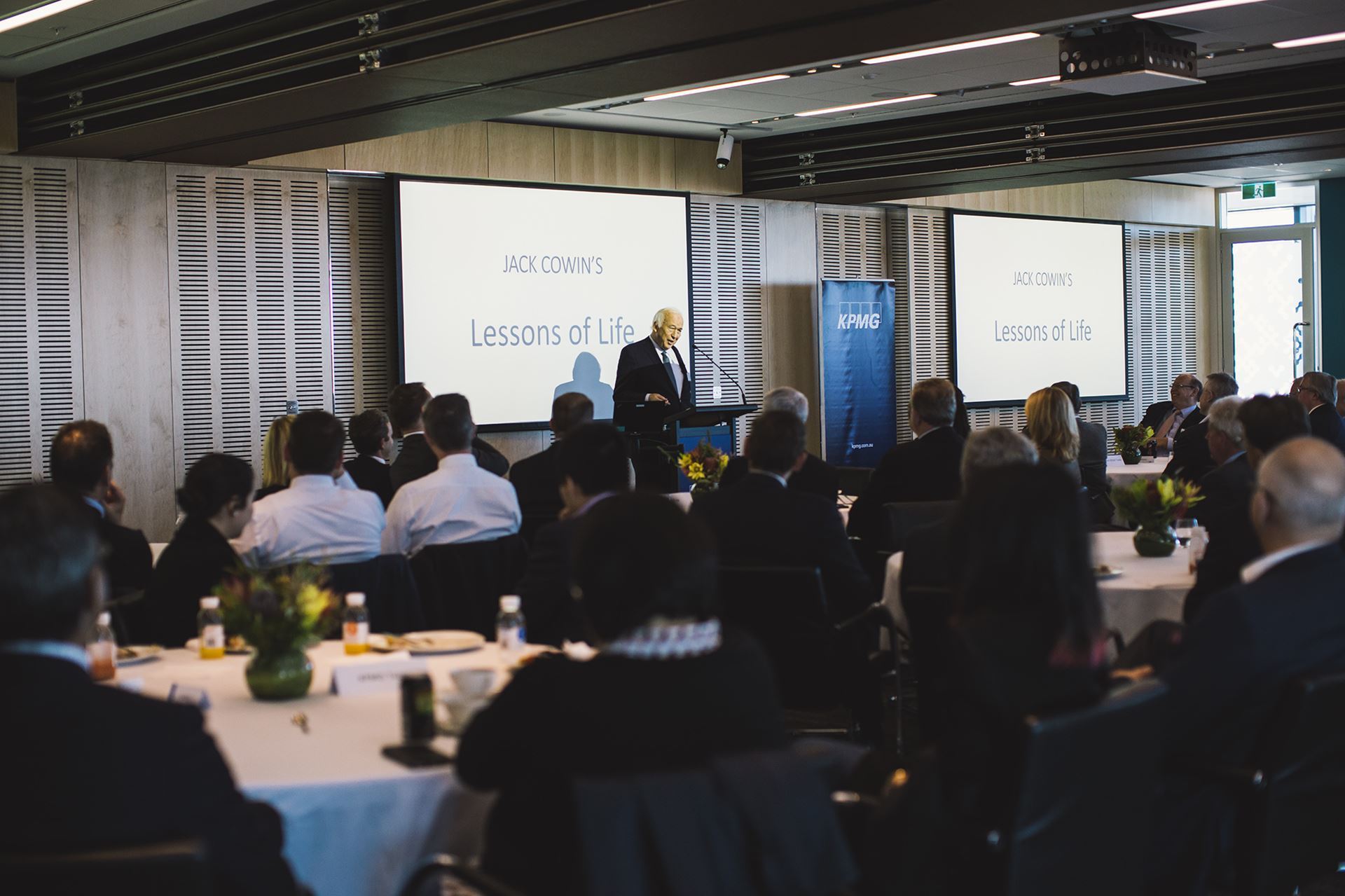 Born in Windsor, Ontario, Mr. Cowin’s parents encouraged their son to work hard and be frugal. Like many entrepreneurs, Mr. Cowin started earning money from an early age, mostly through paper routes, shovelling snow and selling Christmas cards. As a university student, he sold trees and shrubs door to door to farmers each summer to fund his studies.

“I developed an interest in selling and found I was good at it. It annoyed my professors when they learned I was making more money in my summer job than they were teaching,” he added.

He was also good at sport. Mr. Cowin was a champion wrestler at university and even had a short stint playing football with the Winnipeg Blue Bombers. Realising the professional athlete’s life wasn’t for him, he applied to take an MBA at the University of Western Ontario, but was rejected.

Not long after, a job at an insurance company beckoned and the 22-year-old learned he was just as good at selling life insurance as he was at selling plants. “You don’t have to stay there for 35 years to get a gold watch. You’re measured from day one for your results,” he said of the insurance sector.

Go to the land of milk and honey + (money)

But after five years, he wanted to do something different. His dad, a lifelong Ford employee had visited Australia for work and told him that this country was “the land of milk and honey, and if he was young again that’s where he’d go.” And Mr. Cowin didn’t hesitate. 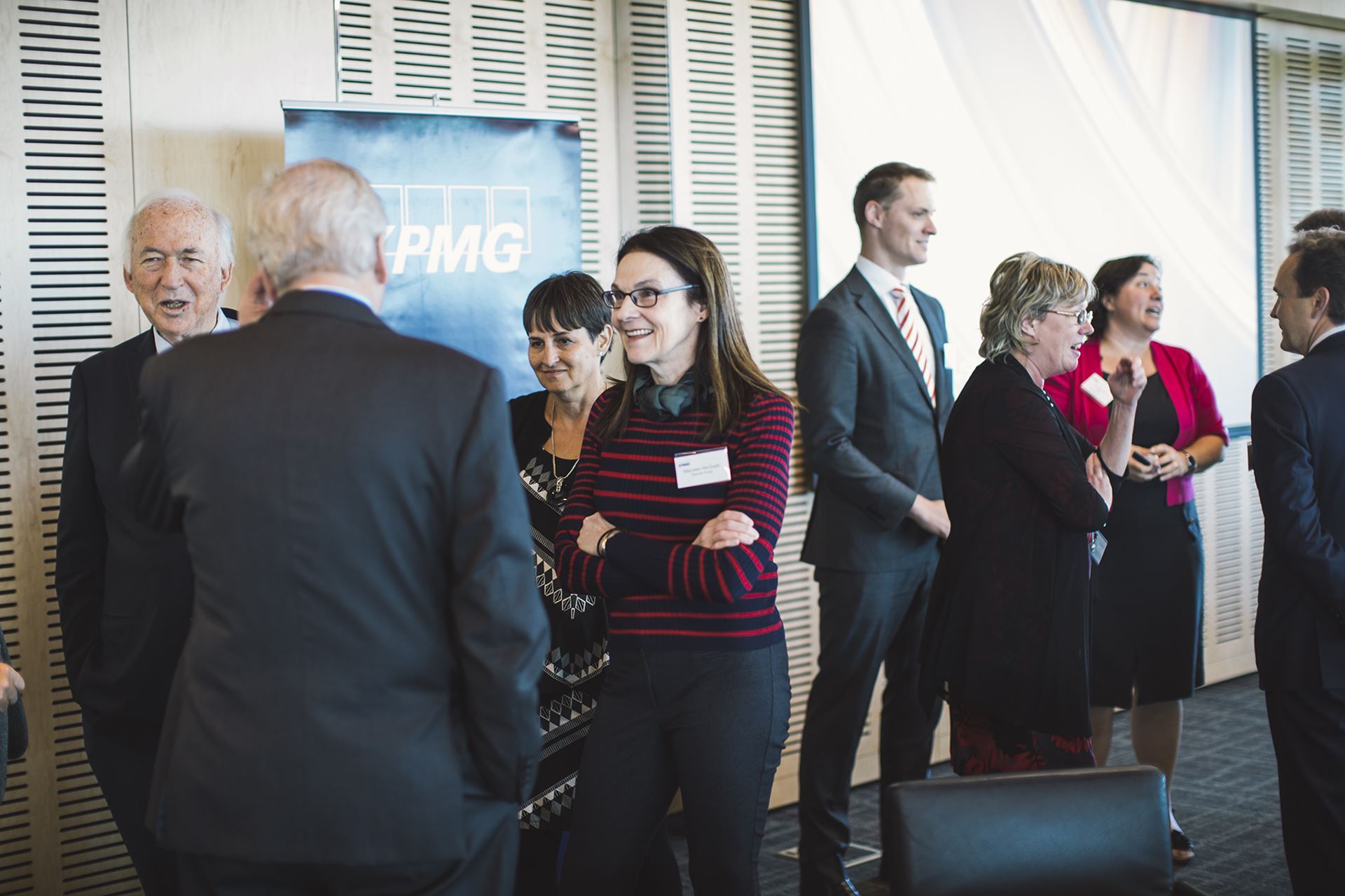 Along with some friends who worked at KFC in Canada, he began exploring the developing fast food industry in Australia, thinking he could make his mark there. Working up a pitch, he borrowed $10,000 each from 30 fellow Canadians to form his privately held Competitive Foods Australia Ltd (CFAL) business.

“I’m not sure how many 26-year-olds with no experience and no collateral would get $10,000 each from businessmen today to go off and start a business at the end the world. Seriously, how long before you would throw him out of your office? Thank goodness for those people who backed me with venture capital,” he said.

He noted those investors got their money back with plenty of interest as the business soared from a single KFC outlet in Perth in the late 1960s to more than 60 outlets. CFAL later sold the KFC business in 2015.

Today, CFAL has ownership of the Australian Burger King franchise trading under the Hungry Jack’s label. There are currently 420 stores producing $1 billion in sales.

In addition to his CFAL interests, Mr. Cowin owns shares in the publicly listed Domino’s Pizza Enterprises operations in Australia, New Zealand, Japan, France, Holland, Belgium and Germany, (worth $1 billion). He has also invested $150 million in the Domino’s USA franchisor.

It is now almost 50 years since Mr. Cowin followed his father’s advice and moved to Australia with his family, although he still holds some tourism assets in his native land.

In Canada, he has invested in both the Lone Star Texas Grill and Jack Astor’s restaurant businesses. He owns 60 per cent of RCX, an American company in the business of crew transportation servicing the railways. He is also a controlling shareholder in Apache Ltd., an industrial services business based in Houston. These two companies have revenue of $500 million.

In all, Mr. Cowin has had a lot of business success, but he’s mindful of other things: Importantly, all of this been an adventure. Best of all, my wife and my four kids still talk to me and to each other.”

And what of the University of Western Ontario which turned him down for their MBA program back in the 1960s? He became the university’s chancellor in 2015.

Mr. Cowin wound up his talk with his top lessons for life. From keeping your integrity to being nice to your kids.