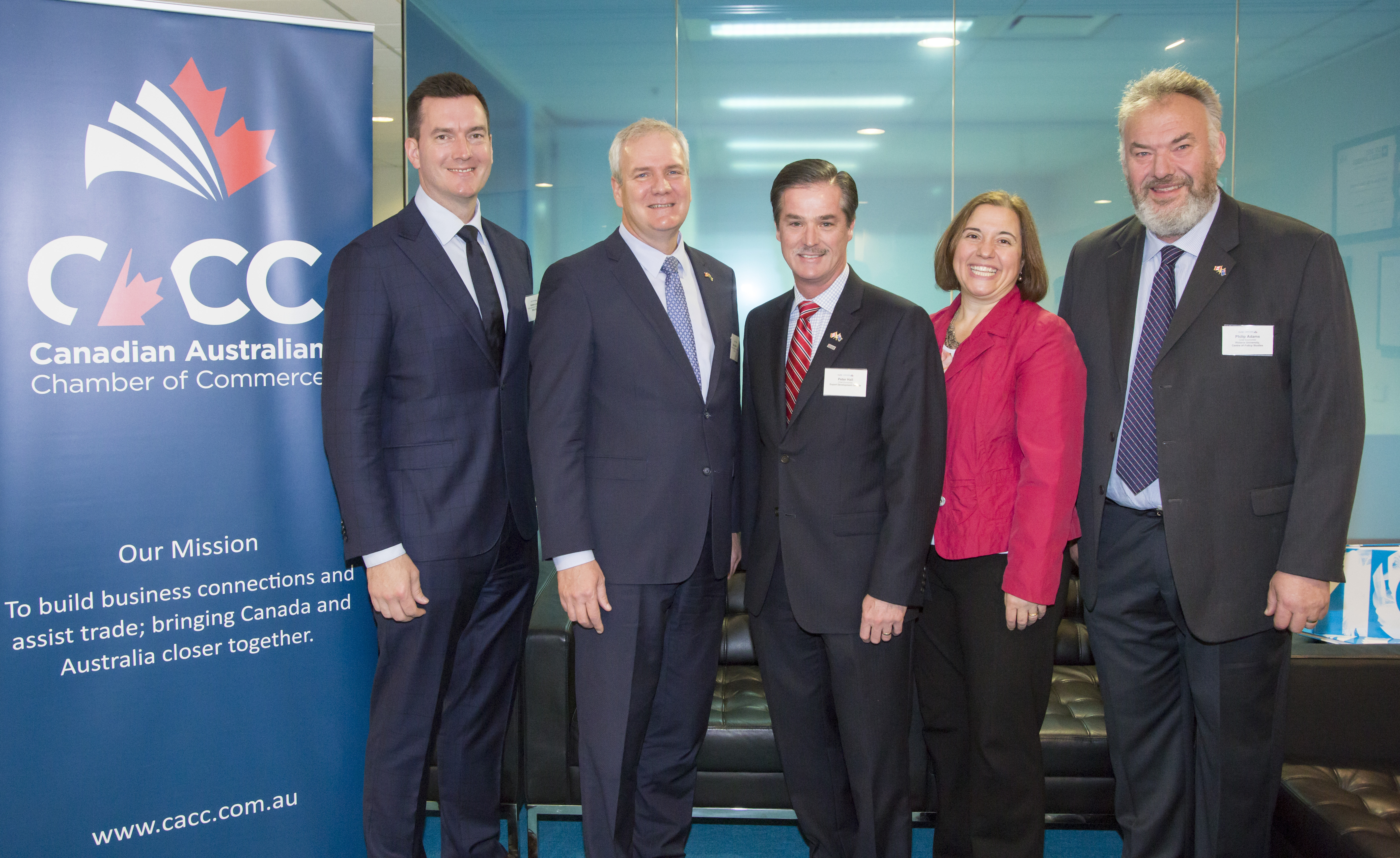 A networking breakfast hosted across Sydney and Melbourne by the Canadian Australian Chamber of Commerce (CACC) in conjunction with Export Development Canada (EDC) discussed the need to adapt in a changing and diverse trade environment and the outlook for trade between the two countries.

Mastering the Mayhem: Canada and Australia in a World of Trade Chaos provided insight into the impacts of significant political shifts and policy development on trade between the world’s economies with keynote speakers: Peter Hall, VP & Chief Economist from EDC; Mark Thirlwell, Head of Research and Chief Economist for Austrade; and Professor Philip Adams, Centre of Policy Studies at Victoria University.

The speakers examined world trade in the current environment from a Canadian and Australian perspective. 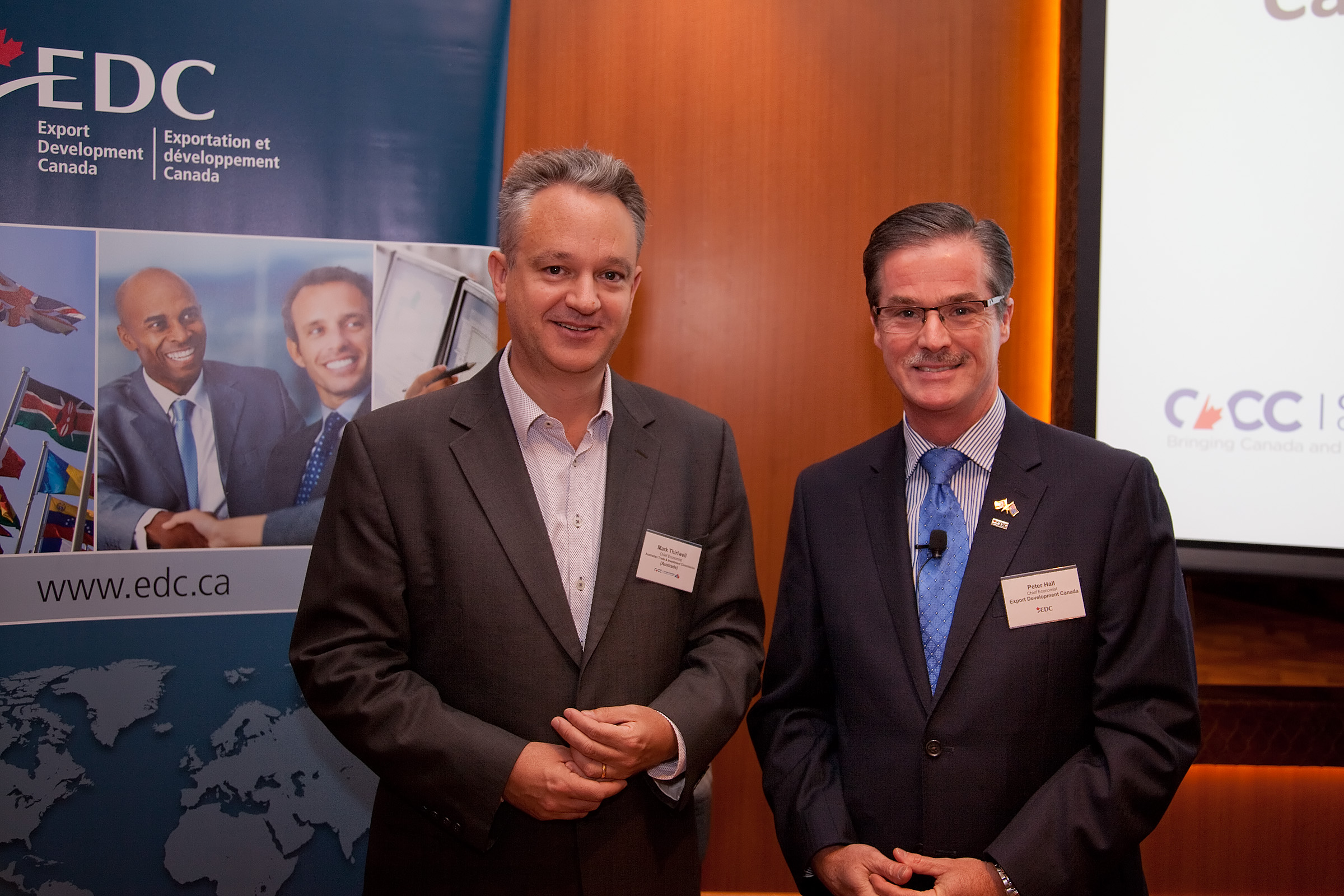 Export Development Canada has a significant role to play in this sphere and aims to double its business volume in Australia over the next three years. To support this growth objective, EDC opened its first Australian representation office in Sydney last November.

The export credit agency, a financially self-sustaining Crown corporation wholly owned by the Government of Canada, facilitated more than $3 billion in trade with Australia last year and served over 450 Canadian exporters and investors in the market.

With strength in both the Australian and Canadian markets, export opportunities between the two countries are expected to continue increasing in the coming years. EDC is committed to assisting Canadian companies make the most of these opportunities.

EDC’s Chief Representative for Australia, Teri Nizzola, said she is seeing many new and innovative Canadian businesses entering the Australian market, bringing with them products and services that can benefit Australian consumers.

“Though halfway across the world, there is a natural fit with Australia in terms of language and culture, and this makes it a more attractive destination for Canadian companies to expand into,” Ms Nizzola said. 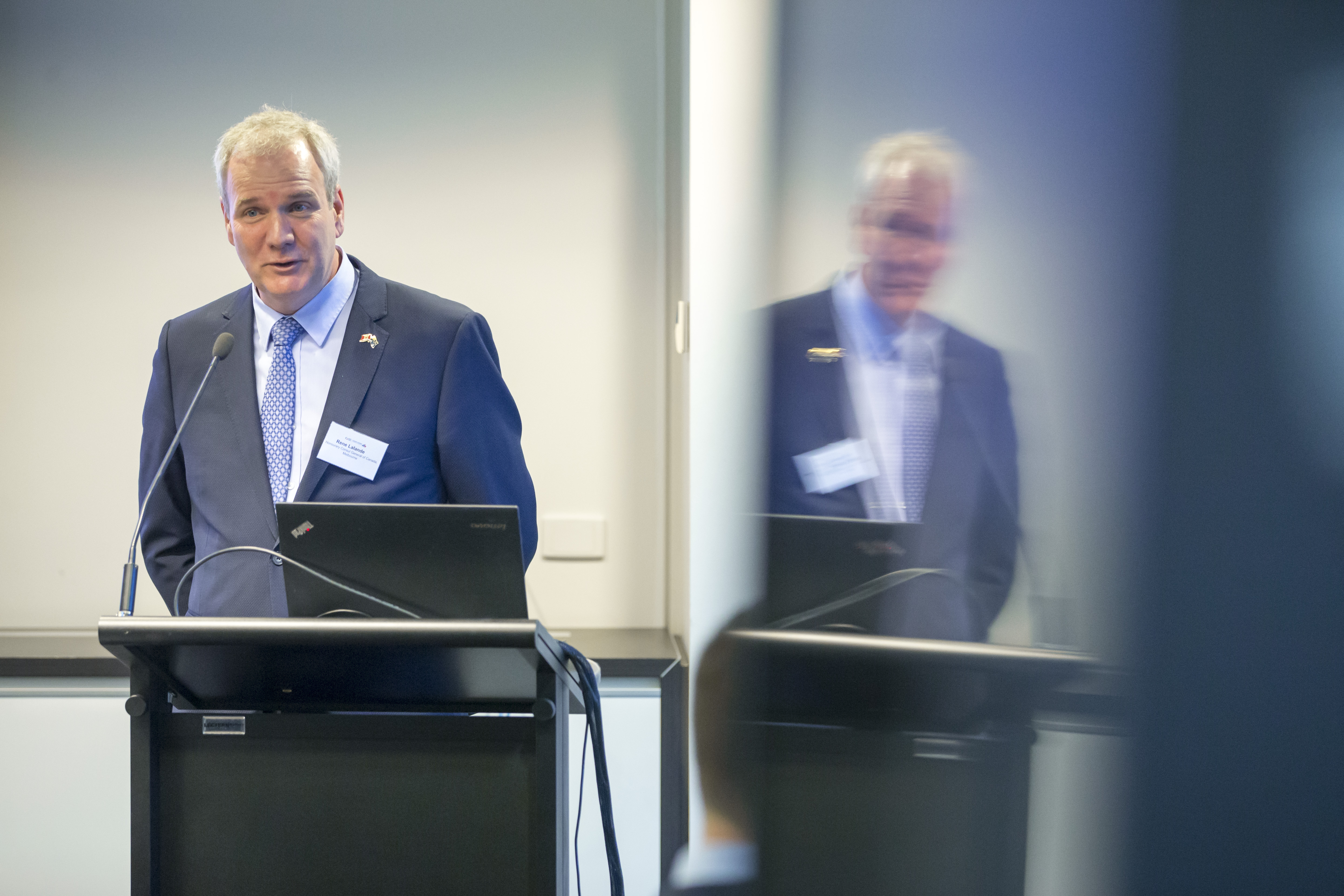 Australia is home to some of the largest infrastructure and energy companies and projects in the world. These companies and projects have vast financing needs, for which EDC can be a financing partner – both in Australia and globally. Ms Nizzola said that having a representation based in Australia allows EDC to strengthen existing relationships and foster new ones with Australian businesses and financial partners.

“Success in trade relies on strong relationships fostered from mutual trust and respect. These take time to develop but can provide enormous opportunities to both parties in the long term,” she said. 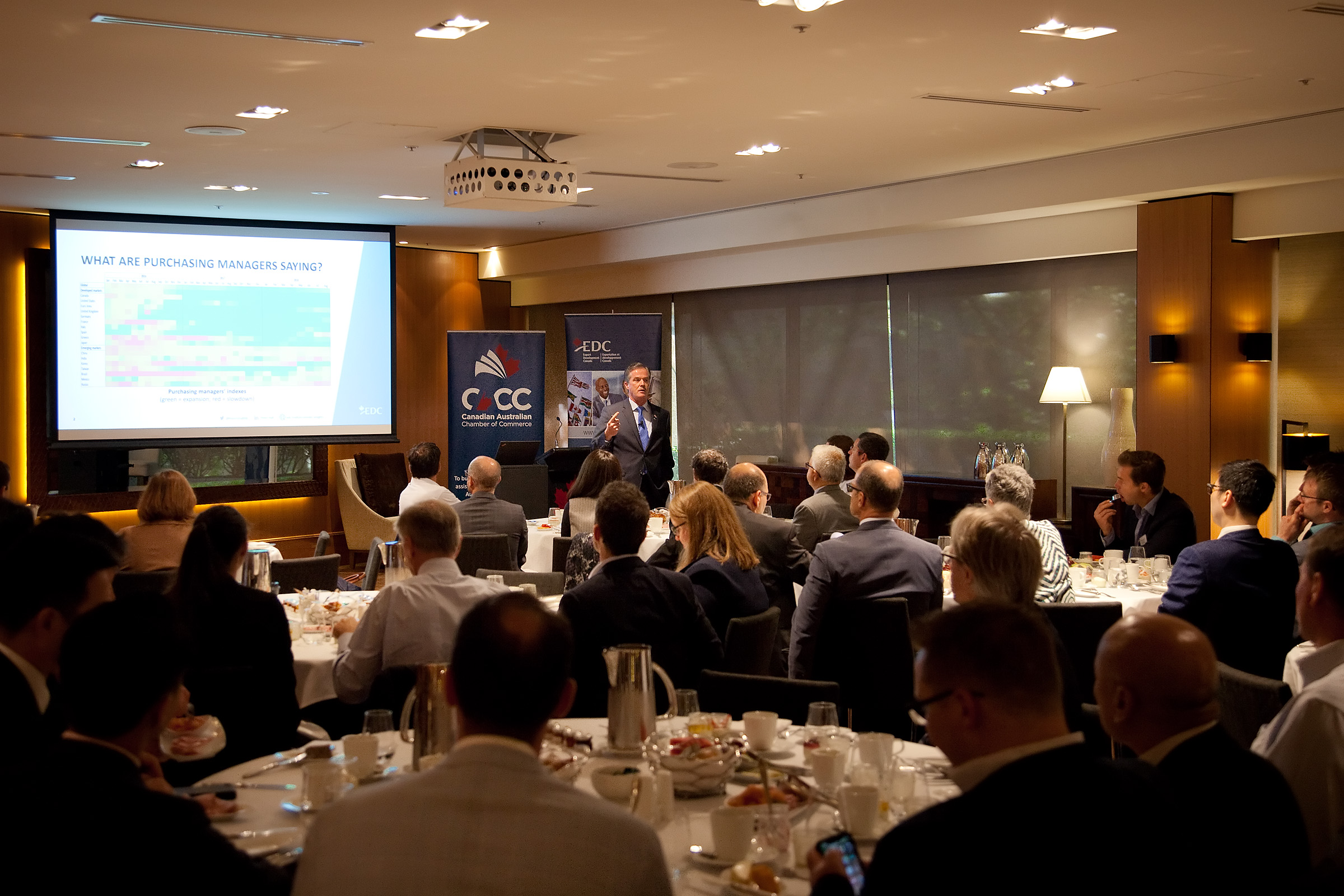 Export Development Canada’s VP and Chief Economist Peter Hall, who spoke at CACC’s breakfast event, said diversification was vital to the future of Canadian trade.
“Diversification has become a word in the vernacular of just about every Canadian exporter,” he said. “This is crucial to the survival of international trade, and it’s something that Australia happens to be very good at.”

“Canada and Australia are very similarly situated in terms or our economic mix, which makes them a natural fit as trading partners. I would like to see us create a scale effect by combining our two economies, providing a population of more than 60 million people, thus giving us a competitive advantage over other, more populated nations.”

The Canadian Australian Chamber of Commerce (CACC) is a non-profit volunteer based organisation that aims to bring businesses together to facilitate strong economic and trade & investment relationships between Canada and Australia.