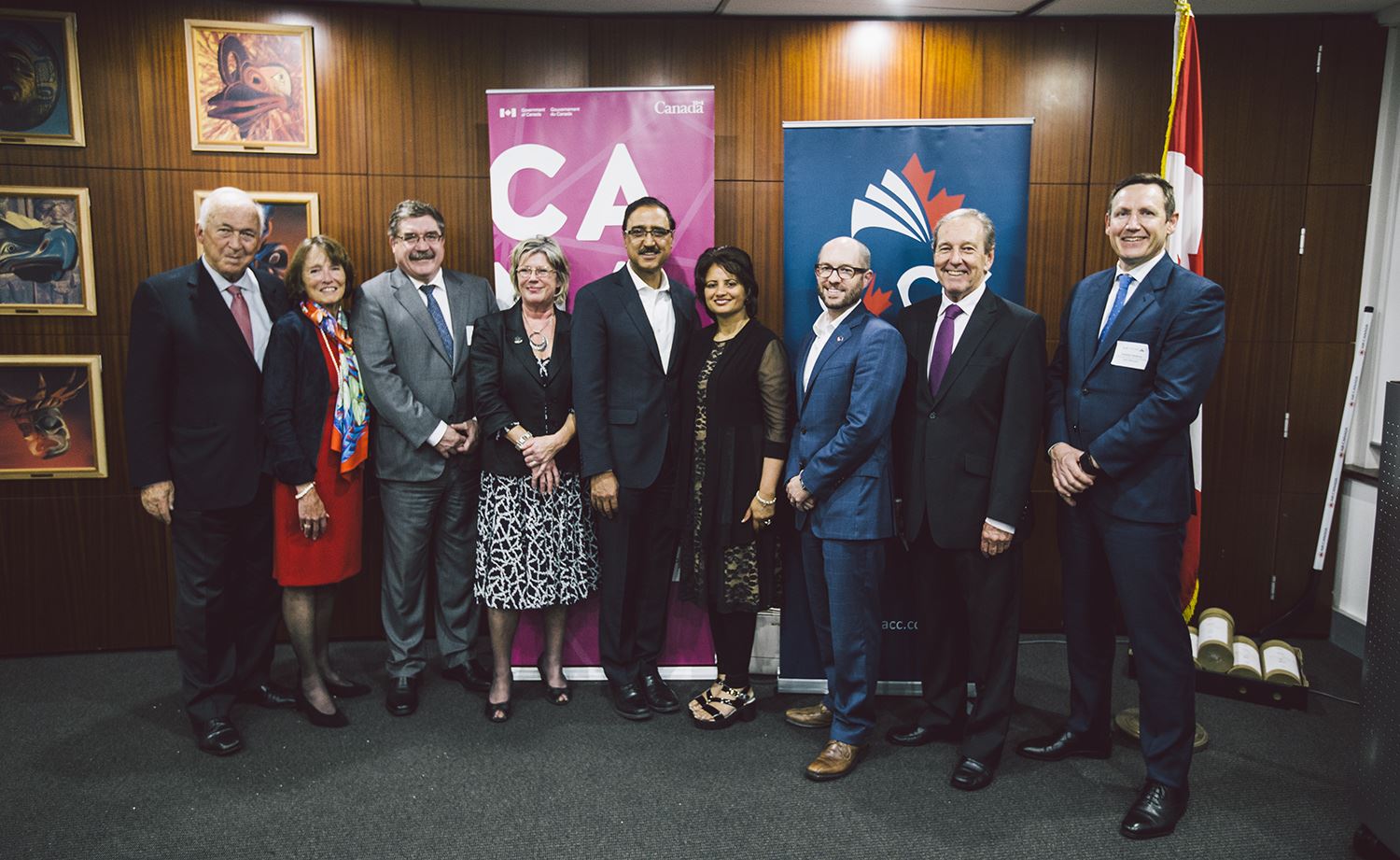 Thanks to the time difference, Australia was one of the first countries to celebrate Canada’s sesquicentennial. And the CACC was no exception, co-hosting a member cocktail party two days ahead of schedule with staff at the Canadian Consulate in Sydney.

Mr. Sohi was in Australia for four days to attend the Australian Financial Review Infrastructure Summit and meetings related to his portfolio.

While CACC members drank Ontario wines and enjoyed Canadian-inspired nibbles, Mr. Cowin opened the formal portion of the evening, noting the high turnout and praising founding members of the chamber for having the vision to establish a business group representing Canadian and Australian business interests many years before. 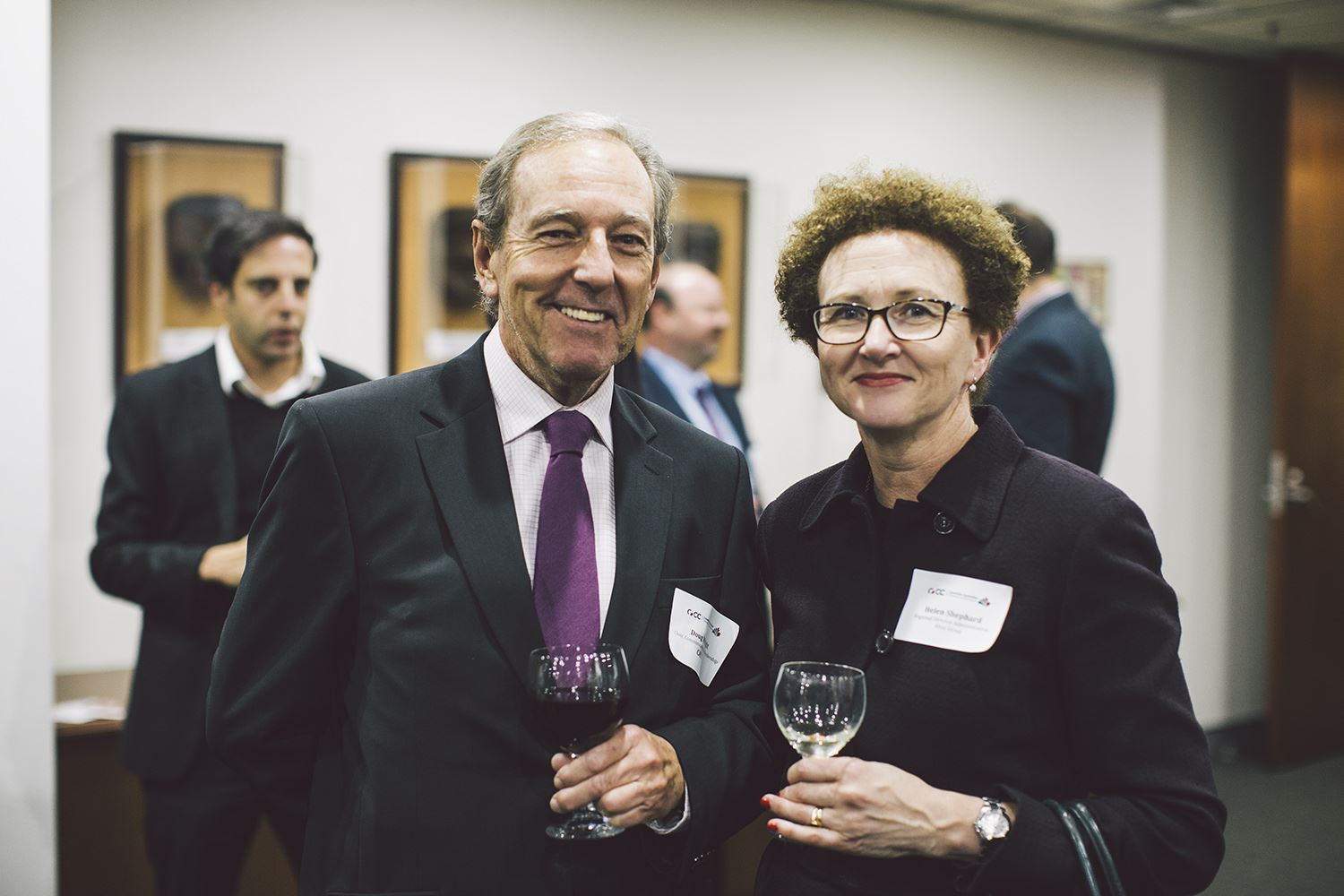 “You don’t have to walk too far to be able to see the inroads Canadian and Australian businesses are making every day and the great relationships that are being built between the two countries,” he said.

In his speech, Mr. Sohi noted that Canada 150 was an opportunity to reflect on what makes the country great and for Canadians to make the next 150 years even better by building a more inclusive and fair society for all. He talked about the importance of engaging young people, celebrating the country’s diversity, reconciliation with indigenous peoples and environmental sustainability. 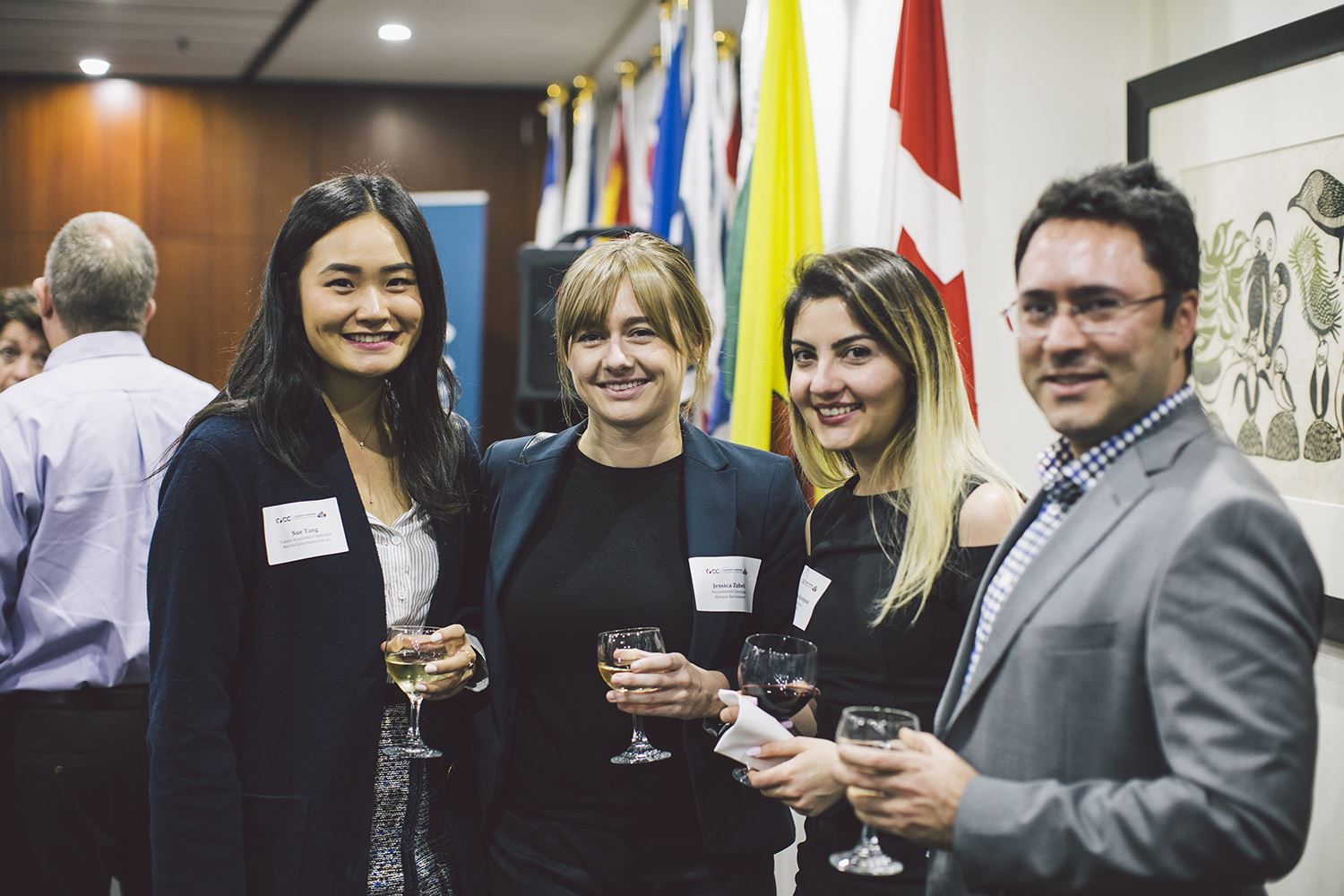 The former Edmonton city councilor drew from his own experience as a 17-year-old, when he immigrated to Edmonton from the Punjab in 1981, sponsored by an older brother. He said Canada changed its immigration system for the better 50 years ago and he sees the positive effects across the country through its diverse society, strong workforce and vibrant communities.

“We can all learn from each other and that’s what we’ll be celebrating on Saturday,” he said.

Mr. Sohi talked about the warm welcome and assistance he had received from consular staff in Australia, praising them for their service to Canada. He touched on meetings arranged with government officials to discuss investments Australia and Canada are making in sustainable infrastructure and clean energy, and the need to share best practice.

He said Canada was pushing to be at the forefront of innovation when it comes to infrastructure. 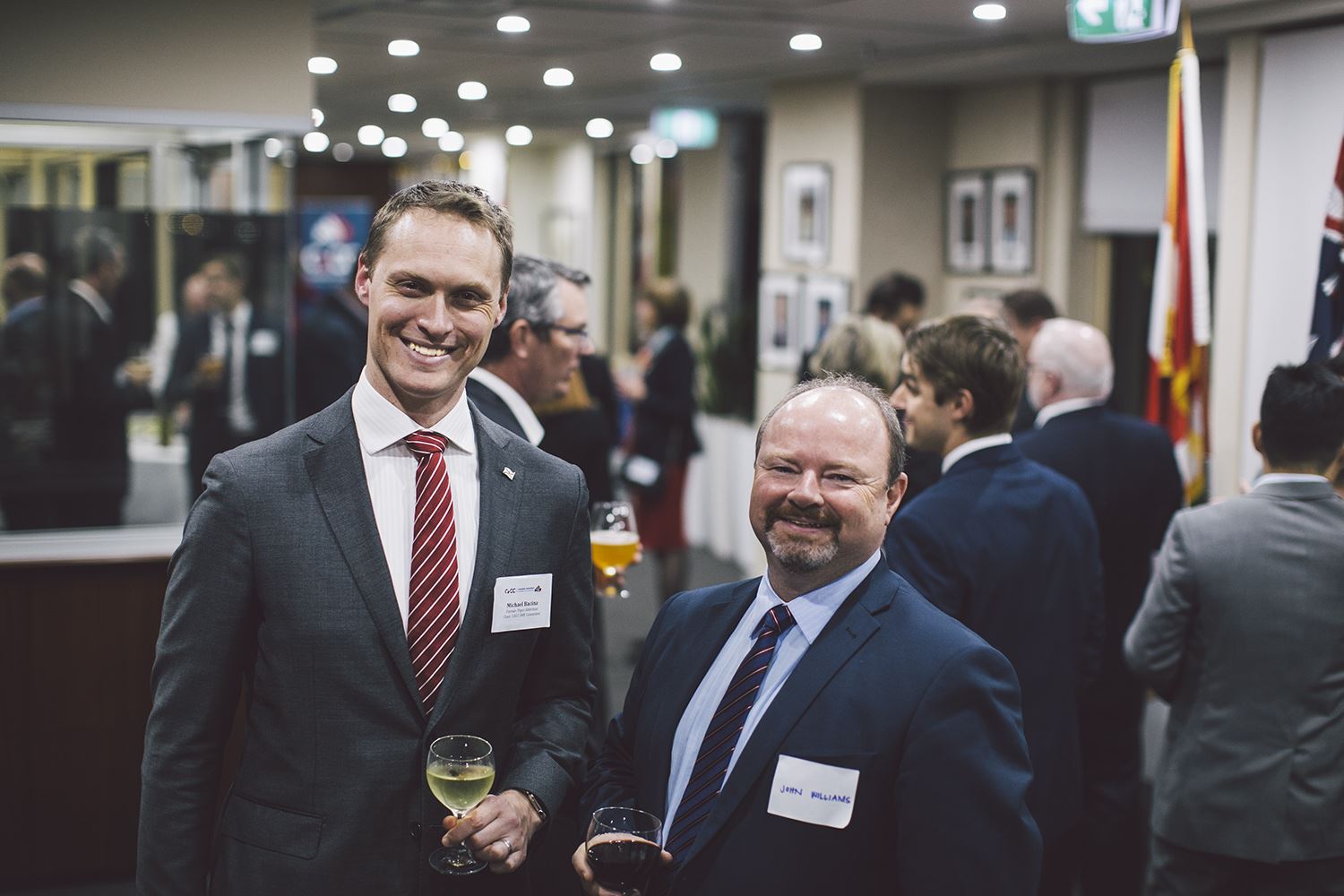 Angela Bogdan, the Consul-General of Canada in Australia, thanked Mr. Sohi for making time in his busy schedule to attend the cocktail party. She said she remembered him walking up to Rideau Hall as part of Prime Minister Trudeau’s first cabinet, noting she had been moved by “the congeniality of the team members as well as the cabinet’s unprecedented diversity and gender balance.”

She also took the opportunity to promote the consulate’s growing role in showcasing Canadian food and wine at trade and consumer shows.

Ms. Bogdan then presented Jack Cowin with a memento for his services to the Canadian and Australian business community. 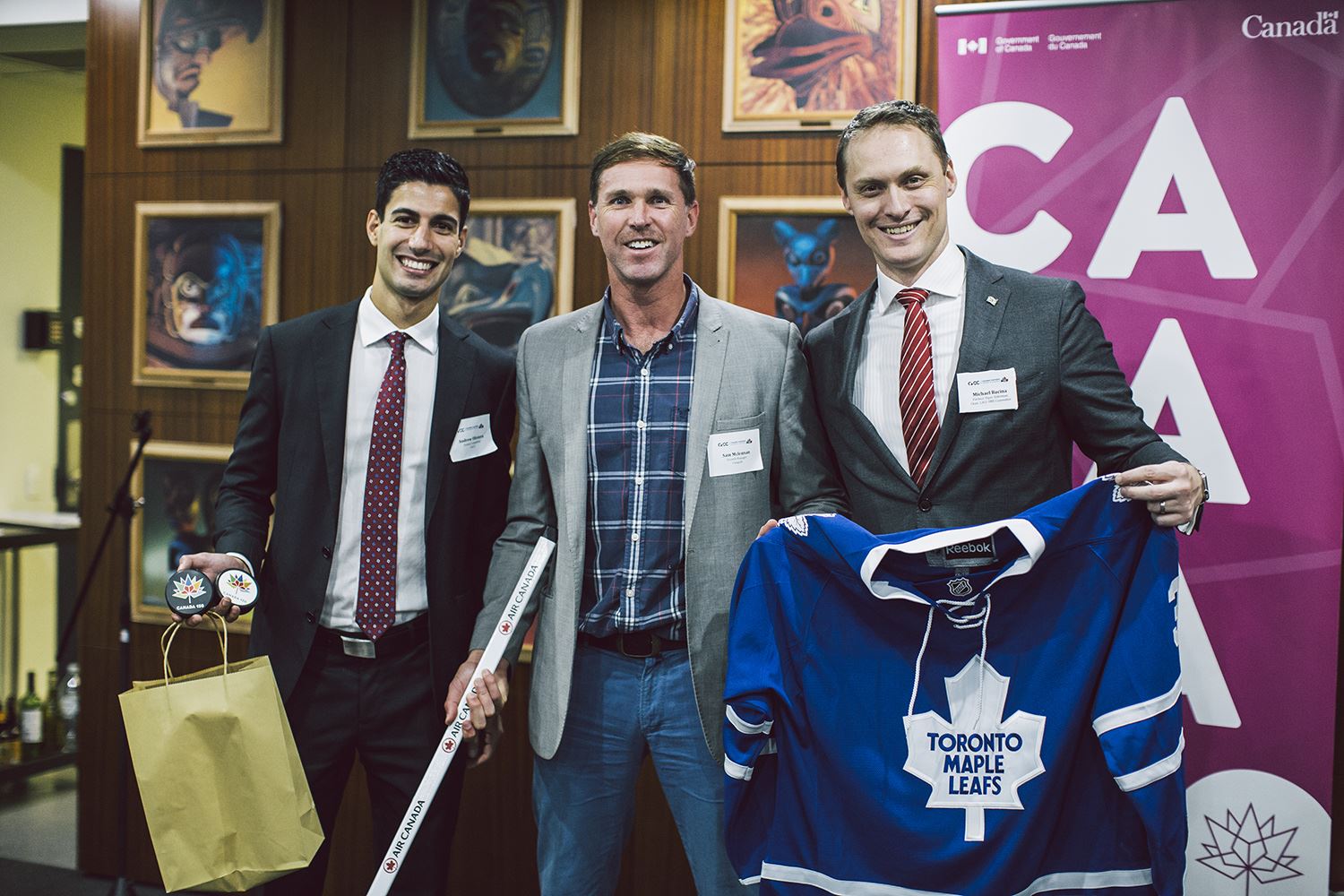 The evening concluded with a prize draw with several lucky attendees walking away with door prizes including hockey sticks, Montreal-style bagels and wine.

On July 1 there were many other Canada Day celebrations in Australia, including a dinner dance organised by the Canadian-Australian Club in Sydney and a pancake breakfast and flag-raising ceremony in Canberra organised by the High Commission of Canada in Australia. Eighteen iconic buildings across Australia were lit up in red and white, including Sydney’s Town Hall, Canberra’s Old Parliament House and Brisbane’s Story Bridge. 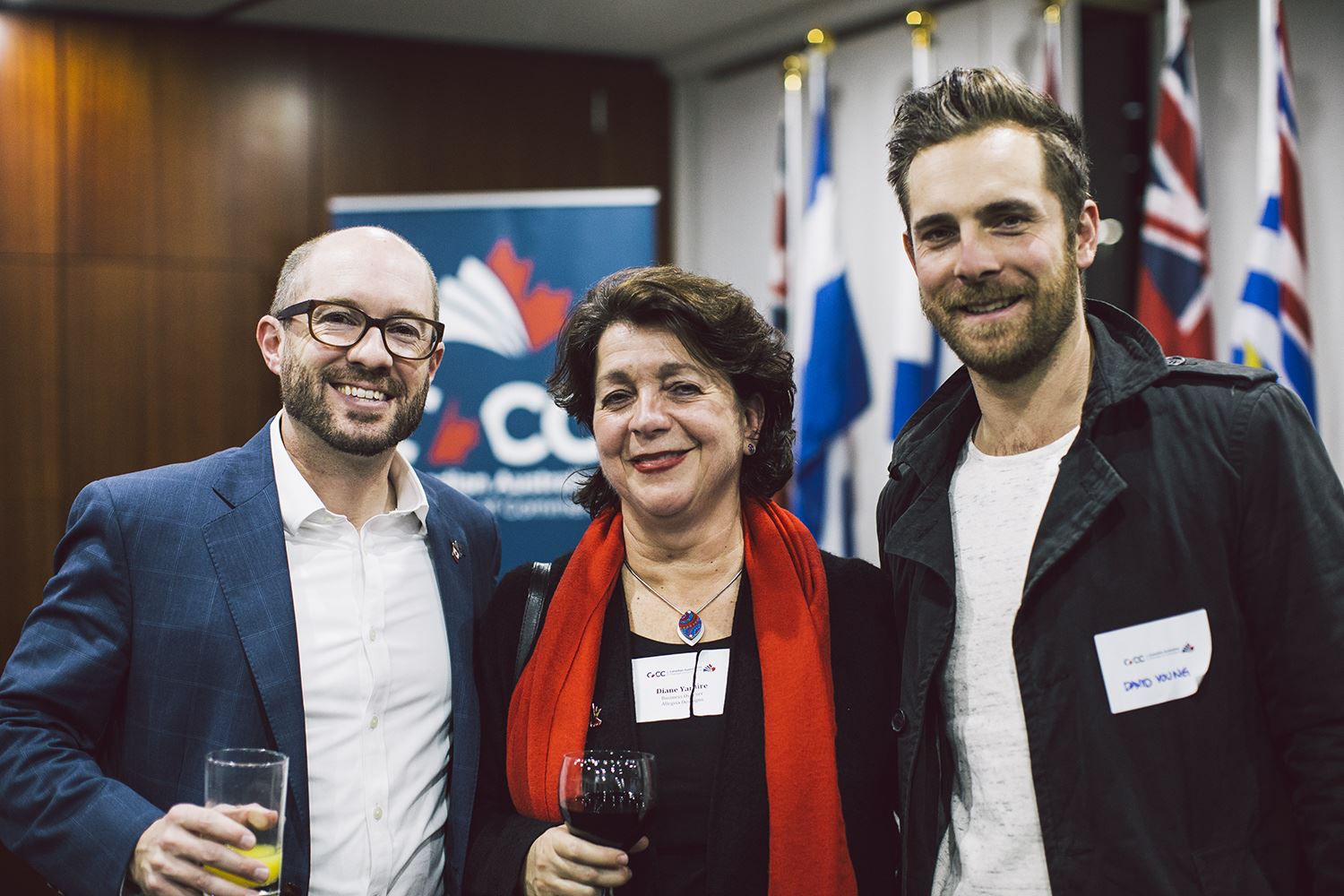