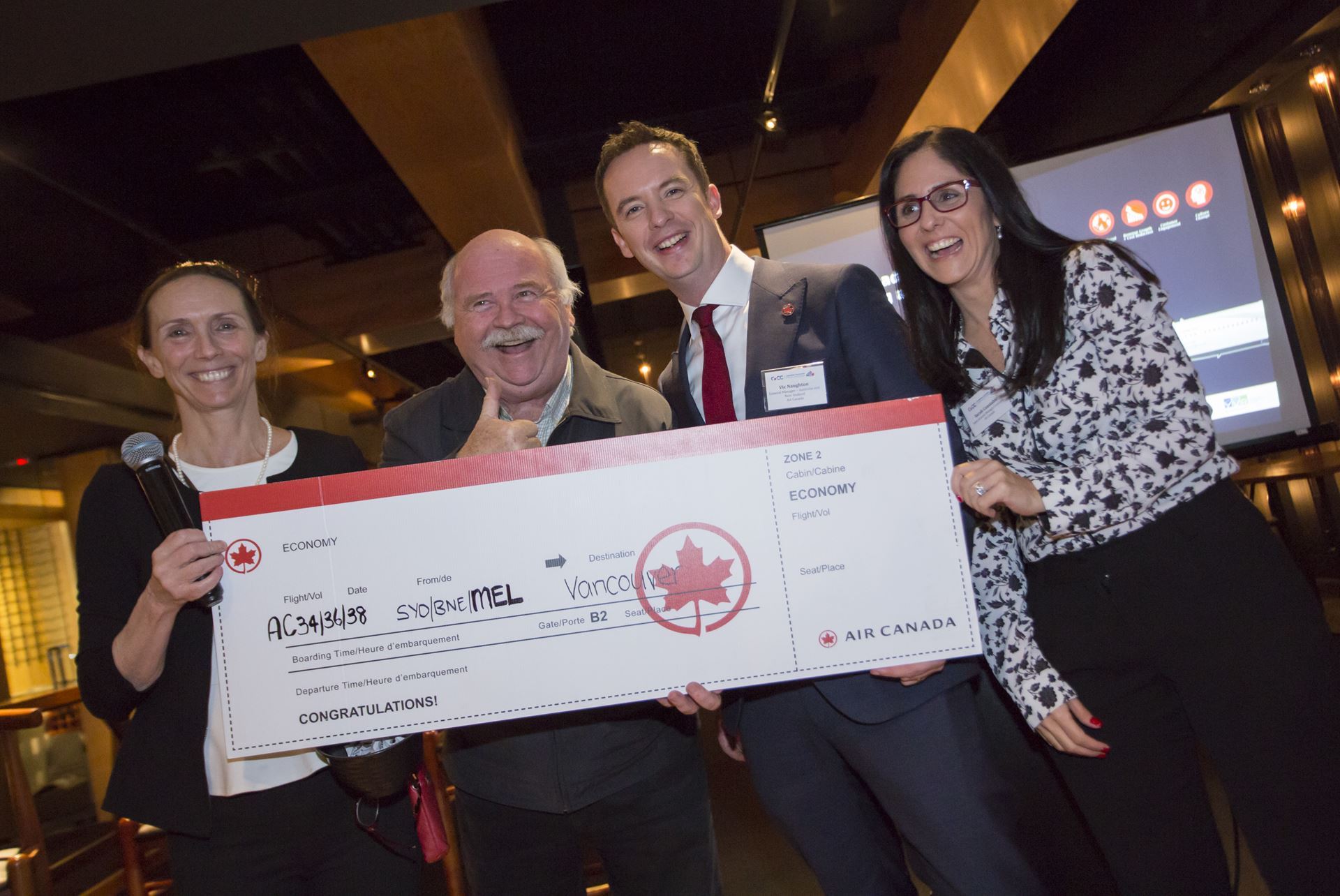 There is a new service bringing Canadians and Australians closer together, with Air Canada launching its first direct flights from Melbourne to Vancouver.

The Canadian Australian Chamber of Commerce, in partnership with Air Canada, held an event to mark the launch of the new service. 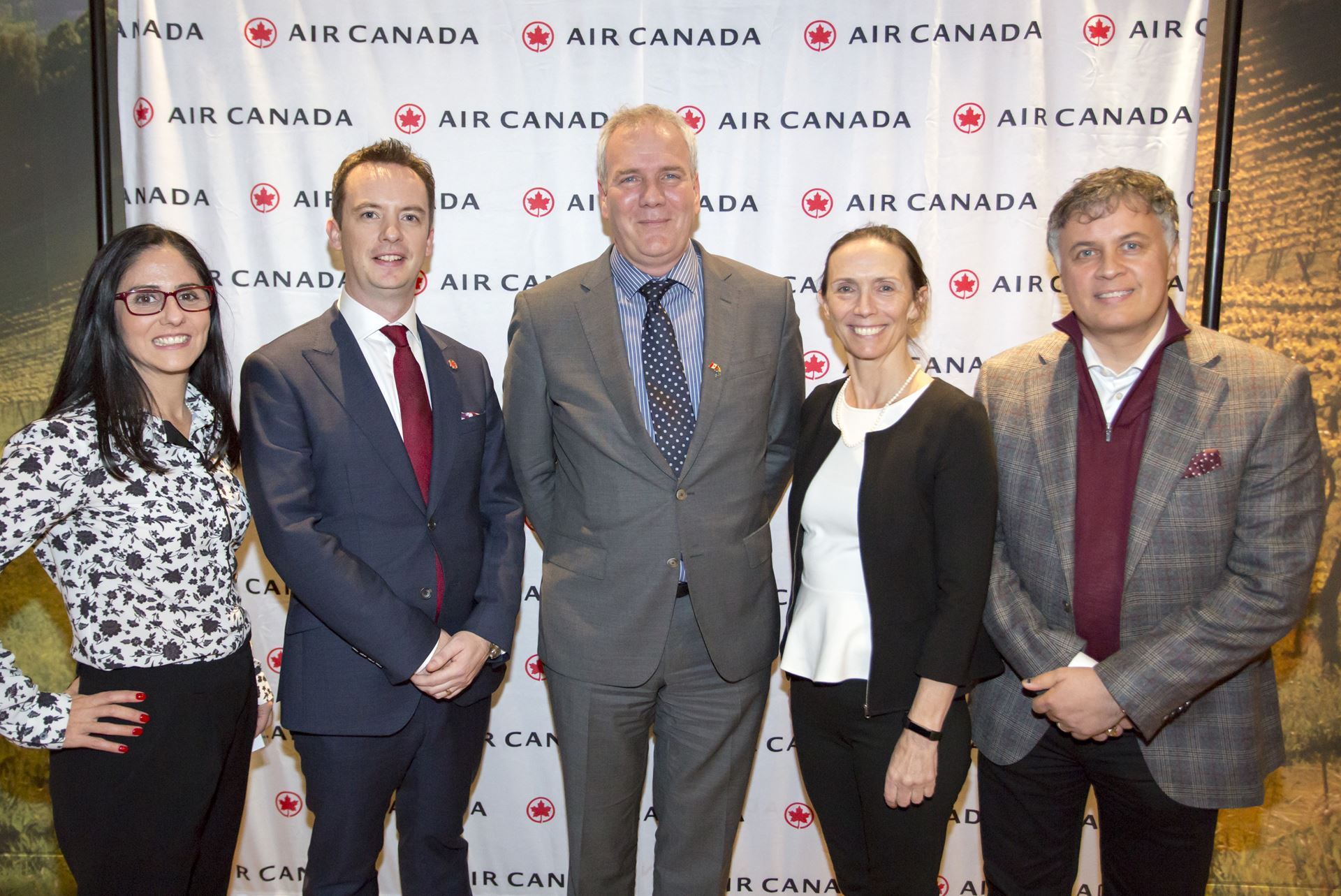 “Air Canada is undergoing a transformation that has seen the airline grow 40 per cent in the last three years,” Mr Naughton said.

“We’re proud to have been named Skytrax Best Airline in North America for the sixth time in eight years and this new service increases our offering to the Australian market.”

“We are the only North American airline that flies directly into three Australian cities – Brisbane, Sydney and Melbourne.”

The Honourary Consul General of Canada in Melbourne Rene Lalande said the new service would provide enhanced opportunities for both countries to expand business, trade, economic and tourism relations.
“This new service provides a gateway for Canadians to experience Melbourne’s diverse culture, including its coffee, food and sporting events. It is also an opportunity for Melbournians to experience the fantastic offerings in Vancouver,” Mr Lalande said.

Air Canada is also positioning Vancouver as the new transit destination into the United States as an alternative to Los Angeles International Airport.

The launch featured a guest performance by Canadian band The Glorious Sons, who are currently touring Australia with Australian band Dead Letter Circus. 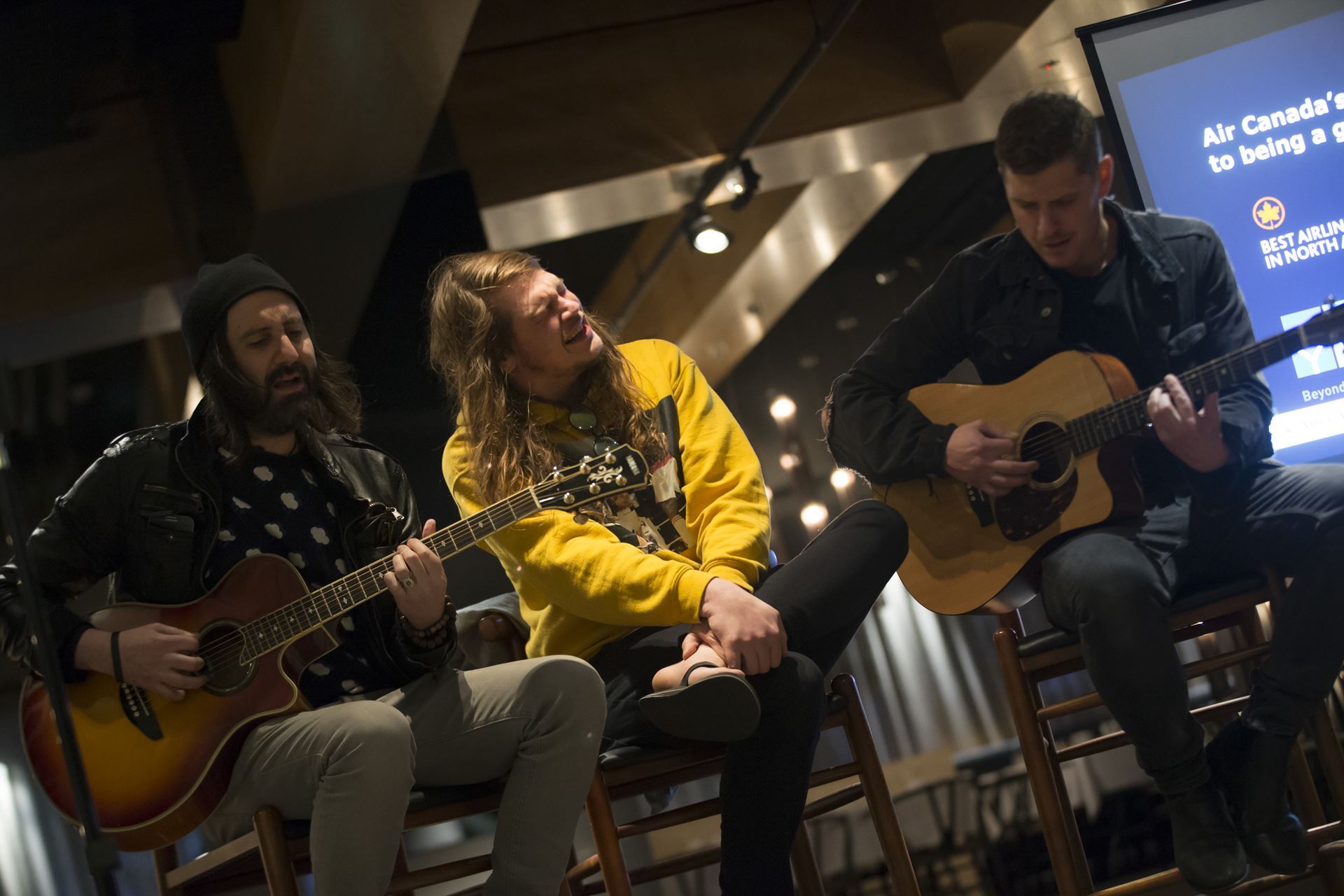 Lead Singer Brett Emmons said there were a lot of similarities between Canada and Australia.
“If there’s ever a Canadian and an Australian in a bar, they’ll find each other,” he said. “We have a lot in common.”

Asked about their musical debut in Australia, Emmons said they had been well received by Australian audiences.

“People like good music and a band that wears their hearts on their sleeve,” he said.
“Our music is about friendship, love, loss and life and that translates to audiences everywhere.”

The evening concluded with a raffle for a return flight with Air Canada on their new direct Melbourne to Vancouver service, which was won by Canadian-Australian Mark Weber.

Mr Weber said he would use the flight to visit family and friends in Canada and was looking forward to checking out the recently expanded Vancouver International Airport.
“I’m blown away, I never expected to win,” he said.

“Canada and Australia have always had strong connections but its events like this, facilitated by the CACC, that strengthen those connections and open up new trade and business opportunities between the two countries.”

The Canadian Australian Chamber of Commerce (CACC) is a non-profit organisation that aims to bring businesses together to facilitate strong economic and trade relationships between Canada and Australia.